Ukraine accuses Iran of manipulation as to causes behind plane downing

Diplomats are outraged about Tehran's attempts to promote to its own benefit a human error version, without analyzing the corresponding reasons. 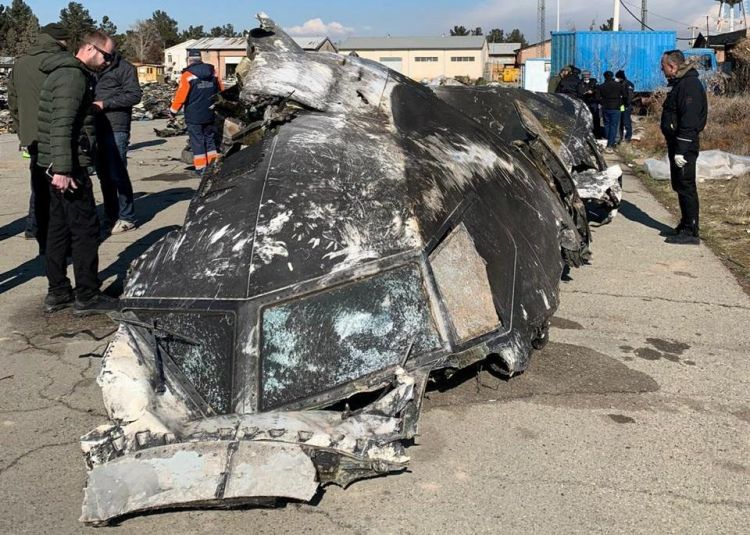 The Ministry of Foreign Affairs of Ukraine has slammed Iran for "manipulating" data on the causes behind the shooting down of the Ukraine International Airlines passenger jet flight PS752.
"Instead of taking into account the objective remarks based on the international experience of air crash investigations, the Iranian side resorted to irresponsibly accusing Ukraine of the lack of constructiveness," MFA Ukraine said in a statement.
Ukrainian diplomats say "the Iranian side is manipulating when it says that during the two rounds of negotiations, explanations were provided regarding the causes of the disaster."
"These causes must be officially confirmed by a technical probe that Iran was supposed to run in line with international law, and a final report, which was published as late as March of this year – more than 14 into the date of the disaster. Iran insists on the of human error version as the only correct one. At the same time, the analysis is lacking of the causes and chain of events that led to it, if such a mistake really became fatal. This could not but cause fair indignation and disappointment on the Ukrainian side," the statement says.
At the same time, the foreign ministry stressed Ukraine's commitment to constructive cooperation with Iran and recalled that they provided more than 90 pages of comments on the draft final report following the technical investigation, none of which were taken into account by the Iranian side.
"Ukraine will not blindly believe any verbal version of the PS752 downing, which has not been backed by real evidence. At the same time, Iran is trying its best to promote the human error version that's beneficial to them, and it's surprising that Iran does not even try to analyze the reasons that led a fatal mistake, if it really caused the disaster, which means that the correct conclusions will not be drawn and the safety of civil aviation will not improve. It also means that any civilian aircraft in Iranian airspace could at any time be shot down, repeating the fate of the PS752," the foreign ministry believes.
Also, another, no less striking, example of Iran's failure to fulfill its international legal obligations was the extremely poor level of cooperation between investigators and law enforcement within the framework of the Treaty on Mutual Legal Assistance in Civil and Criminal Cases between Ukraine and Iran, as well as the Montreal Convention of 1971. In particular, it was from mass media that the Ukrainian side learned about the ten persons charged in connection with the downing. Iran never informed Ukraine, despite numerous inquiries, of the names and positions of indicted persons, as well as the nature of charges pressed.