Turkey rescues 117 migrants pushed back by Greece in Aegean 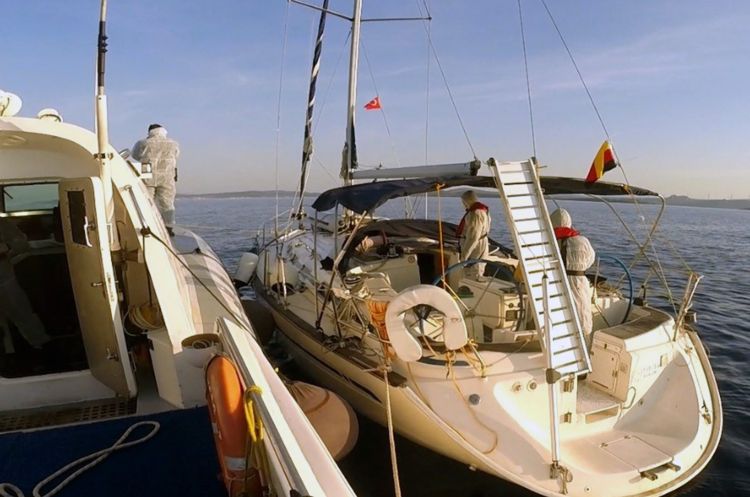 Turkish coast guard teams on Tuesday rescued at least 117 irregular migrants pushed back by Greece in the Aegean Sea off Turkey's western province of Izmir in two separate incidents.
Having detected a boat full of migrants off Çeşme district, a reconnaissance plane of the Turkish coast guard informed patrolling boats at sea. The coast guard boat that arrived at the scene located and eventually rescued 94 migrants who were illegally pushed into Turkish territorial waters by Greek coast guard units.
In the second incident, Turkish coast guard units recovered 23 migrants who were illegally pushed into Turkish waters by Greece off the Dikili district.
After routine checks, the migrants were taken to the provincial migration authority.
Turkey has repeatedly condemned Greece's illegal practice of pushing back irregular migrants, saying it violates humanitarian values and international law by endangering the lives of vulnerable migrants, including women and children.
Turkey has been a key transit point for asylum-seekers aiming to cross into Europe to start new lives, especially those fleeing war and persecution.