Demarcation and delimitation of borders between Azerbaijan and Armenia is coming to end soon - Azerbaijani official
Read: 222

Assad's confirmed chemical weapons use no surprise - US 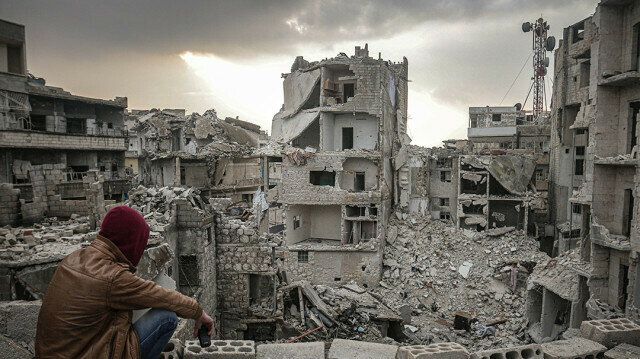 A global chemical weapons watchdog's determination that the Assad regime used chemical weapons in a 2018 attack in northwestern Syria "should come as a surprise to no one," the State Department said on Wednesday, Eurasia Diary reports citing Yeni Safak.

"The Assad regime is responsible for innumerable atrocities, some of which rise to the level of war crimes and crimes against humanity," spokesman Ned Price said in a statement.

"These well-documented atrocities include the use of chemical weapons, and this most recent report follows the first from IIT last year that attributed three other chemical weapons attacks to the Assad regime," he added, referring to the Organization for the Prohibition of Chemical Weapons' (OPCW) Investigation and Identification Team.

The OPCW on Tuesday released its final report on a now confirmed 2018 chemical weapons attack in Saraqib in Idlib governorate. The organization determined that a military helicopter being used by the Syrian Arab Air Force dropped at least one cylinder filled with chlorine gas.

The cylinder ruptured on impact, dispersing the gas on a wide area and impacting 12 individuals, according to the OPCW.

The regime’s use of chlorine as a chemical weapon is a violation of its obligations under the CWC, to which it is a party, as well as UN Security Council Resolution 2118.

"To be clear, no amount of disinformation, conspiracy theories or distortion of the facts by the regime or its enablers can argue away Assad’s crimes. The United States condemns the use of chemical weapons, by anyone, anywhere at any time," added Price.