Rovnag Abdullayev discusses with the President of Turkmenistan the joint development of the Dostlug field
Read: 196

Iran can do 90 % uranium enrichment - Rouhani 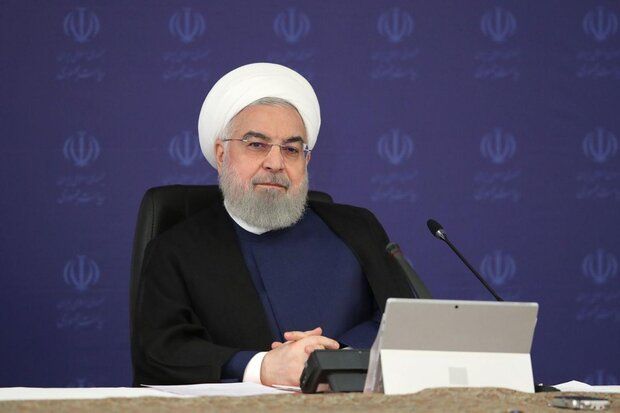 Rouhani dismissed the US, E3's concerns over Iran's 60% uranium enrichment, saying that today we can do 90% enrichment if we want to, but we are not seeking a nuclear bomb, Eurasia Diary reports citing Mehr News.

Speaking during a ceremony to inaugurate four major petrochemical projects on Thursday via video-conferencing, Iranian President Hassan Rouhani dismissed the US and the three major European countries for expressing concerns after Iran's announcement of starting uranium enrichment to 60% level as "wrong."

He blamed the other parties to the nuclear deal for Iran's latest move and stressed that as soon as the other parties abide by their commitments under the deal, Iran will reverse course and will stop both 20% and 60% enrichment.

Rouhani also underscored that Europeans and the United States are not in a position to accuse Iran of seeking nuclear weapons.

He further said, "We could have done 60% [enrichment] before. Today we can do 90% enrichment if we want to, but we are not seeking a nuclear bomb."

Stressing that Iran is only pursuing peaceful nuclear activities, Rouhani underlined, "It is you who have been seeking nuclear bombs for years, stockpiling them, and building new bombs every year."

"Whenever you return to the JCPOA commitments, we will return to our obligations immediately and our enrichment will not be above 3.67% as allowed by the JCPOA," the Iranian President said.

Earlier, President Hassan Rouhani said that Iran’s decision to start enriching uranium to 60% was a response to the “malicious acts” perpetrated by Iran's enemies.

Iran's vowed the start of the 60% enrichment following a suspected Israeli act of sabotage at an Iranian nuclear site Natanz. Tehran has strongly condemned the act of sabotage as "terrorism."