Rovnag Abdullayev discusses with the President of Turkmenistan the joint development of the Dostlug field
Read: 197 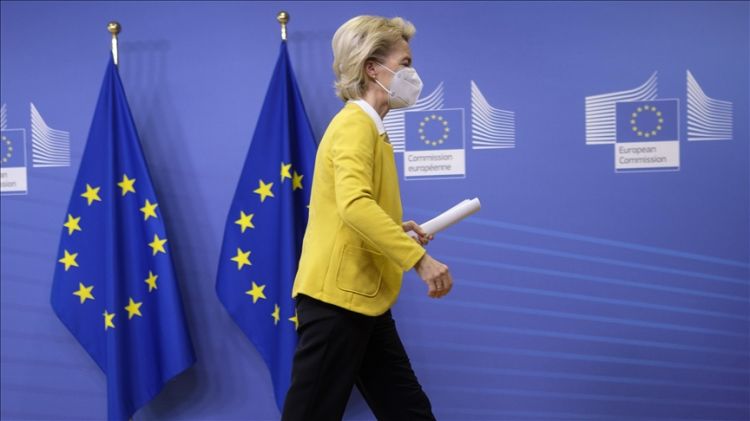 The European Commission’s latest diplomatic controversy was revealed the previous day by the news outlet Politico.

The paper published a reply to Ukrainian President Volodymyr Zelenskiy’s invitation to the celebration of the country’s 30th anniversary of independence and the first Crimean Platform meeting.

The letter was signed by Björn Seibert, the chief of cabinet of the European Commission’s president, instead of von der Leyen herself, which is already diplomatically controversial since Seibert and Zelenskiy are equal according to diplomatic protocol.

“Regrettably, the president is unable to give a positive response to your invitation due to a particularly heavy agenda on the days in question,” he said in declining the invitation to the event, which was supposed to take place on Aug. 23-24.

In reality, August is the least busy month for EU affairs, when the overwhelming majority of EU staff takes their annual leave. This implied that von der Leyen was keener on being on vacation than paying a diplomatic visit.

In addition, the timing was also unfortunate, as Russia has reportedly gathered massive combat-ready forces close to Ukraine’s borders, and the rejection of the invitation could raise doubts over von der Leyen’s commitment to Kyiv.

Eric Mamer, the European Commission’s spokesperson, admitted that the letter leaked to the press was real. However, he insisted that it had not been yet sent to the Ukrainian authorities and von der Leyen would send her own reply.

“The president hopes to reiterate her support for Ukraine at an upcoming event with President Zelenskiy that is to be organized ahead of the 30th anniversary,” he added.

However, it is not clear at this point if von der Leyen will be present at Ukraine’s August celebration.

In a remote hearing by the European Parliament, Ukraine’s Defense Minister Andrii Taran asked Wednesday for the EU’s diplomatic support against Russian aggression.

According to the minister, Russia had concentrated 43,000 troops in Crimea and a further 110,000-strong combat-ready forces in proximity of the Ukrainian border.

Russia’s recent military buildup is “the largest massing of Russian troops since the illegal annexation of Crimea in 2014”, NATO Secretary-General Jens Stoltenberg pointed out on Tuesday.