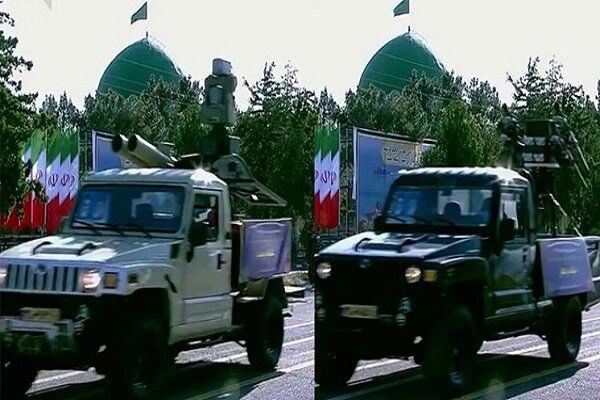 "Zolfaqar" and "Shadhid Majid" are the two advanced defense systems that were showcased in today's parade.

The two advanced and sophisticated defense systems have been tasked with countering the low-altitude targets especially cruise missiles.

The latest military products of the Army were carried on trucks in Tehran without parading troops, in compliance with fully observing of coronavirus restrictions.

In a message on the occasion of the Army Day on Saturday, Leader of the Islamic Revolution Ayatollah Seyyed Ali Khamenei called on the Iranian Army to enhance preparedness for operations as much as necessary.