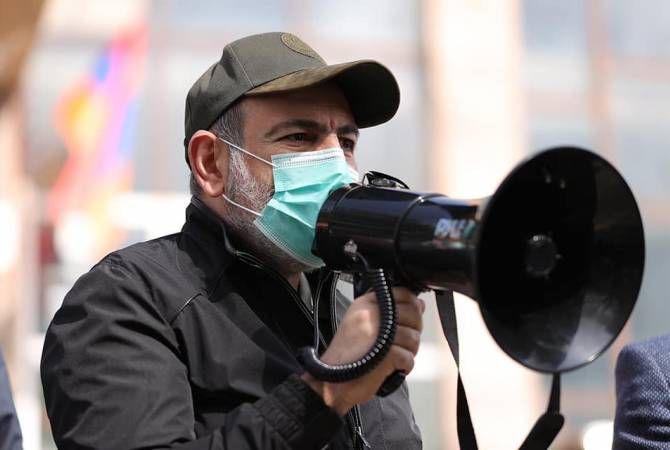 The security system of the Republic of Armenia is based on the Armenian-Russian strategic-military-political alliance, Prime Minister of Armenia Nikol Pashinyan said during the meeting with the citizens in Rind community within the framework of his visit to Vayots Dzor region, Eurasia Diary reports citing Armenian news source.

"They say, how are we going to protect the security of our country?' The security system of our country is based on the Armenian-Russian strategic and military-political alliance. For purely security reasons, we have a joint military group with Russia, a joint air defense system in the Caucasus region. And the logic of those agreements is the following: an attack on Armenia means an attack on Russia. And we have a common security system here," Pashinyan said.

Answering the questions why that system did not work the way the people wanted during the Artsakh war, the Prime Minister answered that there was a simple reason for that. He stressed that, in fact, this security system extends to the borders of Armenia, which Armenia itself has defined by the 2010 Law on Administrative Territorial Division.