Moscow says US is behind xpulsion of Russian diplomats from Czech Republic | Eurasia Diary - ednews.net 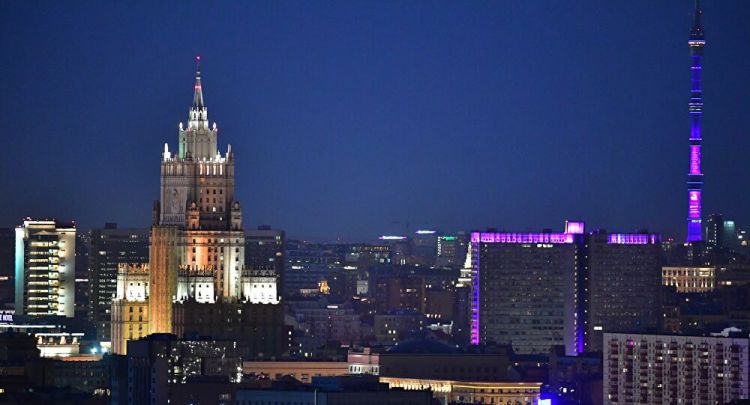 The United States is behind the expulsion of Russian diplomats from the Czech Republic, and this is related to the thwarted conspiracy to stage a coup in Belarus, Russian Foreign Ministry spokeswoman Maria Zakharova said on Monday, Eurasia Diary reports citing Sputnik.

"As for the Czech Republic, one should understand that plenty of problems have accumulated in the EU's member states and in the West in general, so it is necessary to implement some information and political measures to hide these problems. Russia is a time-tested instrument, a thesis that has been long put into circulation, and which is used in such cases ... Of course, the US is behind [it]", Zakharova said to the broadcaster Rossiya-1.

The Foreign Ministry's spokeswoman expressed a belief the "whole story that official Prague keeps hyping up" is connected to the disclosed conspiracy to stage a coup in Belarus.

A total of 62 Russians — 18 expelled diplomats and their families — will have to leave the Czech Republic, Maria Zakharova noted.

The point is, not 18 Russians but 62 Russians will have to leave the Czech Republic, as there are family members. Twenty-eight out of these 62 are children. I will remind you that the school year is coming to its end, there is just a month or 1.5 months left. But has anyone taken that into consideration? Of course not", Zakharova told the broadcaster Rossiya-1.

On Saturday, the Czech government announced the expulsion of 18 Russian diplomats over their alleged role in a 2014 munitions depot explosion, in which two Czech nationals were killed. In a reciprocal move against the expulsion of 18 diplomats from Prague, Moscow expelled 20 Czech diplomats, who were told to leave the Russian capital by the end of Monday, 19 April.