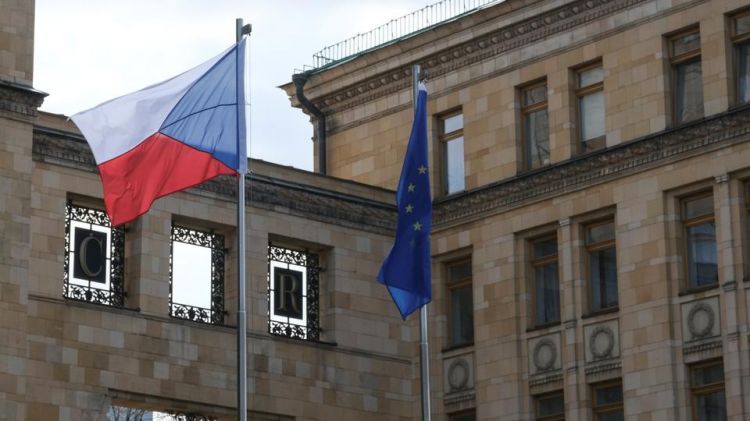 CZECH GOVERNMENT OFFICIALS SAID they would welcome the expulsion of Russian diplomats from European Union and North Atlantic Treaty Organization countries, in support of Prague’s ongoing diplomatic spat with Moscow. The Czech Republic expelled 18 Russian diplomats last weekend, in order to protest against an explosion at a remote munition depot in the east of the country, which the government claims was part of a Russian intelligence operation, Eurasia Diary reports citing Intelnews.

According to intelnews, the explosion occurred in October of 2014. It killed two people and destroyed a munitions storage facility belonging to the Military Technical Institute of the Czech Ministry of Defense. Although the blast was initially classified as an accident, Czech investigators have recently come to the conclusion that it was in fact caused by Unit 29155, a Russian elite spy outfit. Little is known about Unit 29155, which is believed to operate under the Main Directorate of the General Staff of the Russian Armed Forces, commonly known as GRU.

The Kremlin responded to the expulsions of its diplomats by ordering 20 Czech diplomats to leave Russia, and condemning Prague’s move as an “unprecedented” and “a hostile act” that was designed “to please the United States”. Meanwhile the Czech Republic’s acting Minister of Foreign Affairs, Jan Hamacek (pictured), stated on Tuesday that Prague “would welcome” if its allies in the EU and NATO “expelled officers of Russian special services” in the coming days, in an act of solidarity with the efforts of his office.

Following consultations with Hamacek, the office of the EU’s High Representative for Foreign Affairs and Security Policy said that it stood in “full support and solidarity” with the Czech Republic. No EU or NATO country has so far announced that it plans to expel Russian diplomats in response to Prague’s request. According to Czech media, discussions on the matter between Hamacek and several of his counterparts in the EU’s so-called Visegrad Group —consisting of Poland, the Czech Republic, Hungary, and Slovakia— are ongoing.