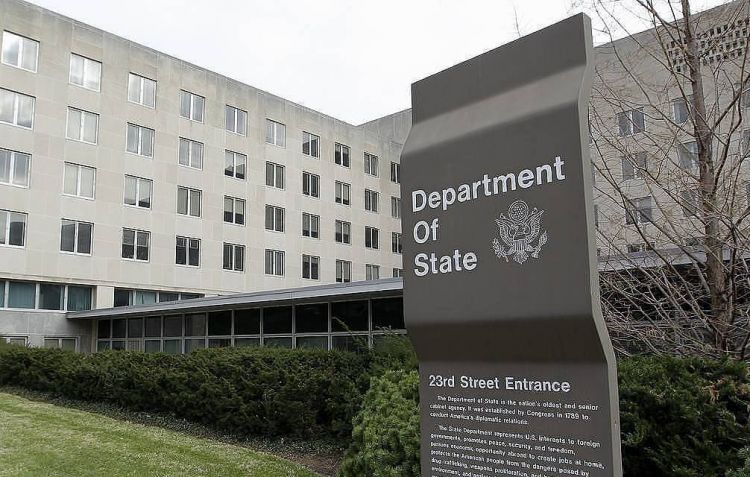 The United States voiced deep concern over Russia’s plans to restrict navigation for foreign naval ships and other state vessels in its territorial waters in the Black Sea, slamming this as "unprovoked escalation," the State Department said in a statement, Eurasia Diary reports citing Tass.

"The United States expresses its deep concern over Russia’s plans to block foreign naval ships and state vessels in parts of the Black Sea," the statement reads.

"This represents yet another unprovoked escalation in Moscow’s ongoing campaign to undermine and destabilize Ukraine," the US State Department said.

The State Department also noted that this development "is particularly troubling amid credible reports of Russian troop buildup" on the border with Ukraine.

According to a bulletin of the Russian Defense Ministry’s navigation and oceanography department, on April 24-October 31 navigation of foreign naval ships and other state vessels in some parts of the Black Sea in Russia’s territorial waters will be suspended. The document did not specify the particular reason for the move.

Earlier Russia asked Washington many times about the goal of US warships’ navigation in the Black Sea.

The Western states have repeatedly voiced concerns lately over the Kiev forces’ statements on the Russian military buildup along the border with Ukraine. Kremlin Spokesman Dmitry Peskov noted that the Russian forces’ movement across Russia should not concern other states since this did not pose any threat to them. He also stressed that the events in Donbass were a domestic Ukrainian conflict where the Russian forces had never taken part.