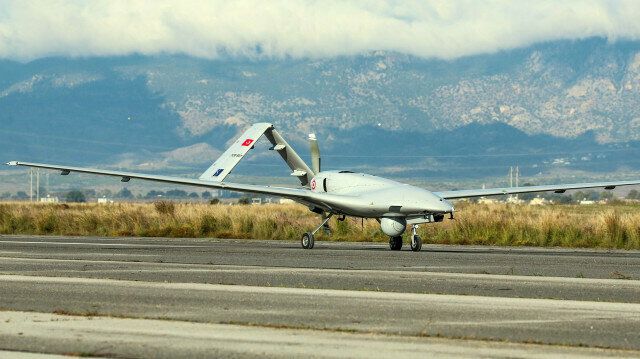 “Dozens of Russian anti-aircraft systems were destroyed, in addition to a large number of tank and artillery parts. There was a secret to Turkey’s success. A weapon that has proven to hold the key to the war: state-of-the-art drones,” the report went on to point.

“These systems are effective because they use guided projectile systems, in addition to electronic warfare systems in conjunction with drones, ” Michaël Tanchum, a professor at the University of Navarra, was quoted as saying.

The report also underlined how Turkey’s Bayraktar TB2 drones served to tip the balance in Azerbaijan's favor in the Karabakh conflict last fall.

Turkey’s drone strategy has garnered worldwide praise, prompting many countries to reassess their defense strategies in light of Ankara’s recent success in altering the balance on the battlefield in Libya, Syria and Nagorno-Karabakh.

It has been used by the Turkish Armed Forces and Turkey's Security Directorate since 2015, most recently credited for Azerbaijan’s military success in the Karabakh conflict.