Bin Salman’s statement on Iran is connected to presidential change in US - Expert
Read: 193 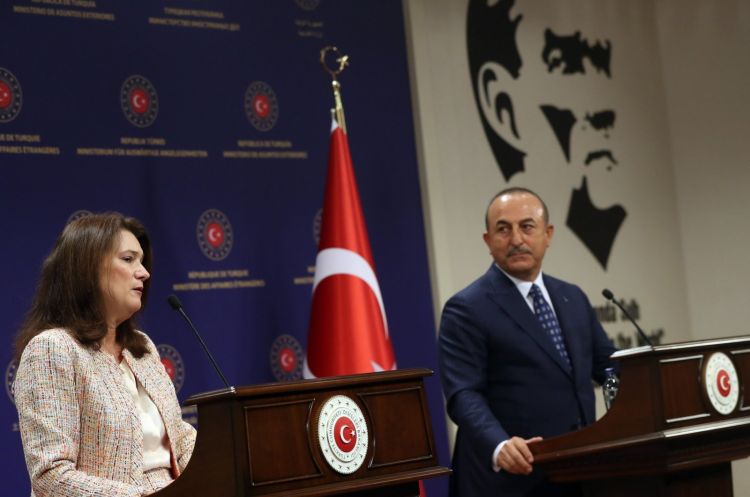 Speaking with Ferhat Abdi Şahin, codenamed Mazloum Kobani, head of the YPG, Peter Hultqvist underlined that Sweden is ready to resume its cooperation with the YPG "for a long time."

"We need to find a solution to the problem of detention centers and prisoners. I, personally, will work on building new and improved detention centers and renovating the old ones. I will discuss this topic further with both my government and allies," the Swedish minister reportedly said during the meeting, referring to the conditions of the imprisoned Daesh terrorists at the hands of the YPG.

Hultqvist also expressed that he will talk with his government about sending representatives to northeastern Syria in support of the terrorist group.

"In order to decide on a mechanism to facilitate our aid (to the YPG), I will inform my colleagues of our meetings," he continued.

The photographs of the meeting were published on websites linked to the terrorist group.

This is not the first time Sweden has held meetings with terrorist leaders. Instead, this is a regular thing for the country since official delegations often visit northeastern Syria to meet with the YPG terrorists.

According to Anadolu Agency (AA), Sweden even has a contact office in the Malikiyye district of Hassakeh. The office, which will have the duty to enable coordination between the Swedish government and the YPG, is expected to be officially opened soon.

In its more than 40-year terror campaign against Turkey, the PKK – listed as a terrorist group by Turkey, the U.S. and the EU – has been responsible for the deaths of 40,000 people, including women and children.

Turkey has long criticized European authorities for tolerating PKK activities in the country and has pressured them to take stricter measures against the propaganda, recruitment and fundraising activities of the group.

The PKK terrorist group continues to use the EU's territory for propaganda, recruitment, fundraising and logistical support activities, according to a report by the EU's law enforcement agency Europol released this June.