Suspects caught in raids at 33 locations found to be used as FETO cell houses, according to security source 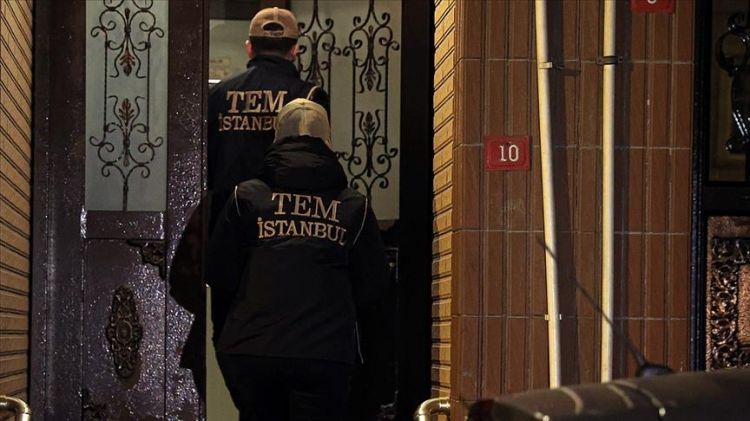 Turkish forces arrested 29 wanted suspects of the Fetullah Terrorist Organization (FETO), the group behind the 2016 defeated coup, a security source said on Wednesday.
As part of a probe ordered by a court in Istanbul, police teams carried out simultaneous raids at 33 different locations to nab 29 out of a total of 34 suspects, the source said on condition of anonymity due to restrictions on speaking to the media.
Efforts are ongoing to track down the remaining five individuals.
Many organizational documents and digital materials were seized during the operations.
The houses where the suspects were caught were found to be used as FETO cell houses, the source said.
FETO and its US-based leader Fetullah Gulen orchestrated the defeated coup of July 15, 2016, in which 251 people were martyred and 2,734 injured.
Ankara also accuses FETO of being behind a long-running campaign to overthrow the state through the infiltration of Turkish institutions, particularly the military, police, and judiciary.