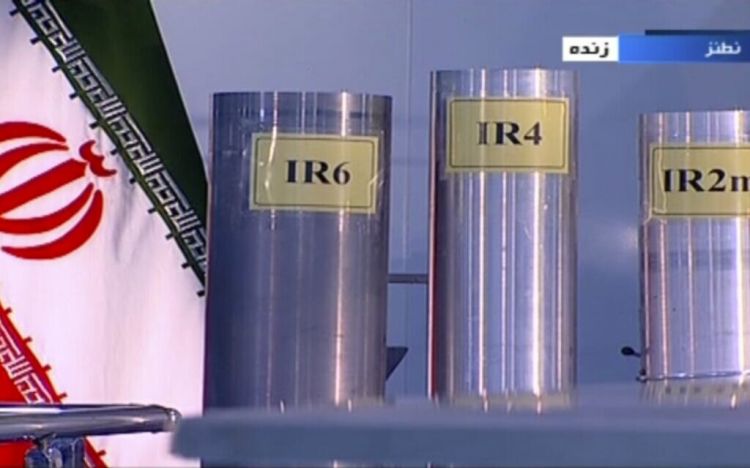 Iran has been partly violating the terms of its nuclear agreement, known as the 2015 Joint Comprehensive Plan of Action (JCPOA) after it was abandoned by the US in 2018. Tehran and the European parties to the deal held negotiations to revive the JCPOA, but Washington has so far refused to remove sanctions from the Iranian economy, Eurasia Diary reports citing Sputnik.

The head of Iran’s Atomic Energy Organisation (AEOI) Ali Akbar Salehi had announced the day before that that power supply had been restored at the Natanz plant, reactivating several centrifuges.

IAEA’s previous review showed that Natanz’ facility is using 696 IR-2m and 174 IR-4 centrifuges, while the JCPOA only allows the use of IR-1 machines, which are far less efficient. Last week, Iran notified the IAEA of its plan to increase uranium enrichment up to 60 percent purity.

Earlier in the month, the Natanz enrichment facility was targeted in what Iranian authorities called "an act of nuclear terrorism", accusing Israel of the covert operation and even identified a culprit, who, however, had left the country even before the explosion and subsequent fire at the nuclear site. Israel, in its turn, hasn't officially commented on the incident.

After the US withdrew from Iran’s nuclear agreement in 2018 and reimposed sanctions, the Islamic Republic went on to surpassed uranium enrichment limits imposed by JCPOA. At the same time, Tehran earlier noted that agreement violations are reversible in the event that Washington removes sanctions and that the JCPOA would be restored.

So far, Iran along with representatives of other countries participating in the JCPOA have concluded two rounds of negotiations in Vienna, aimed to bring Iran and the US back to the agreement.