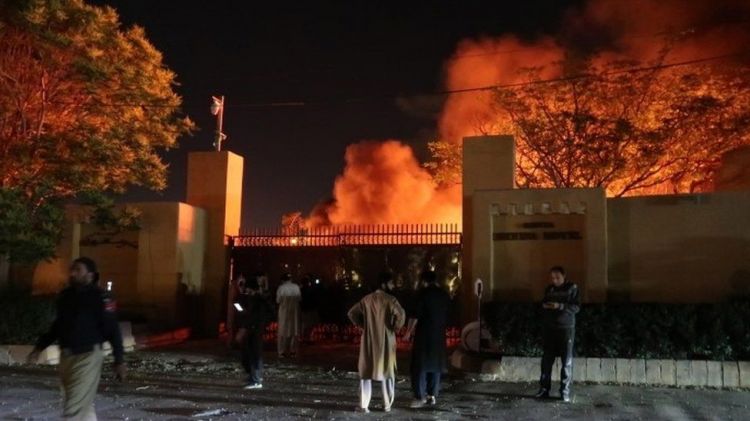 A bomb explosion at a luxury hotel in the Pakistani city of Quetta, the capital of Balochistan province, has killed five people and wounded 12, Euroaisa Diary reports citing BBC.

the Pakistan Taliban is announcing to be behind the blast. A Taliban spokesman described it as an attack by a suicide bomber using a car filled with explosives.

Two security guards were reported to be among the dead. All guests at the hotel were safe, officials told local media.

The Serena Hotel is the best known in Quetta, and provides accommodation for government officials and visiting dignitaries.

According to the initial assumption that the target was the Chinese ambassador, but he was not present during the tragic event.

On Thursday, Pakistan's Prime Minister Imran Khan said he was "deeply saddened by the loss of innocent lives in the condemnable and cowardly terrorist attack in Quetta".

"Our nation has made great sacrifices in defeating terrorism and we will not allow this scourge to rise again," he tweeted.