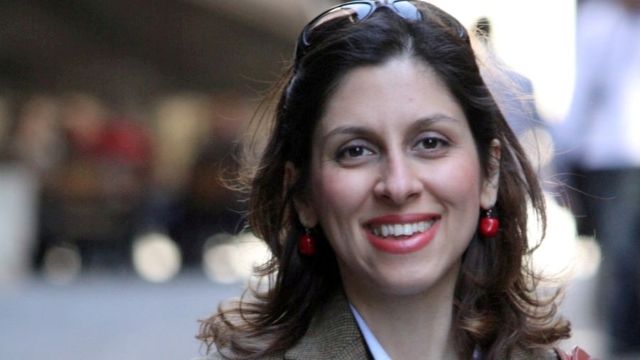 Iran has claimed Britain will settle a £400m arms debt to free Nazanin Zaghari-Ratcliffe – but her husband said he has heard ‘nothing about it’.
An anonymous official told Iranian state television that prisoners held in Iran with Western ties will be freed after the nation struck deals with Britain and the US.
Mrs Zaghari-Ratcliffe, 43, who has been held in Iran since 2016, will be released after payment of a “military debt”, according to local reports.
It relates to an unfulfilled £400m military contract, signed in 1979, for Britain to supply 1,500 tanks.
Dominic Raab, the foreign secretary, said Iran’s treatment of Mrs Zaghari-Ratcliffe “amounts to torture”.
“Nazanin is held unlawfully, in my view, as a matter of international law. I think she’s being treated in the most abusive, tortuous way,” he told BBC’s The Andrew Marr Show on Sunday.
The Foreign Office downplayed Iran’s deal claim and said it “will not comment further as legal discussions are ongoing”.
Richard Ratcliffe, who believes Tehran is using his wife as a bargaining chip, said he was not aware of the deal.
He said: “We haven’t heard anything. It’s probably a good sign that it’s being signalled, just as last week’s sentence was a bad sign. But it feels part of the negotiations rather than the end of them.”
Mrs Zaghari-Ratcliffe, a charity worker from West Hampstead, north-west London, was jailed for five years on spying charges, which she has always denied. She served the final year of her sentence under house arrest at her parents’ home in Tehran.
But the mother-of-one was hauled back to court in April and convicted of propaganda against the regime.
She was sentenced to further one year in jail and served with a one-year travel ban.
Meanwhile, it was claimed the US has agreed to a prisoner swap in exchange for £5bn held in frozen funds.
Officials in Washington said reports a deal has been reached are “not true”.