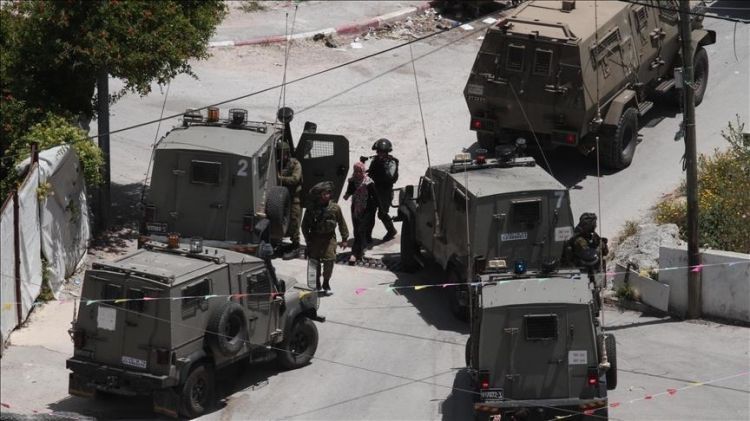 Israeli force on Tuesday raided the Akraba town in the northern West Bank and declared it a "closed military zone", Anadolu Agency reports.

Mayor Ghaleb Mayadema told Anadolu Agency that the town's 13,000 residents are completely isolated from the outside world, with workers, employees and teachers are unable to reach their workplaces.

Mayadema said the nearby Yanun village was also closed by the Israeli forces.

He added that Israeli forces raided and searched at least 15 Palestinian homes in the town and detained three local residents.

According to a statement by Israeli military spokesperson Avichay Adraee, the Israeli army has intensified military measures in the northern West Bank to locate and identify suspects of opening fire on Israeli settlers, which left three of them injured.