Turkish delegation due in Egypt for political consultations 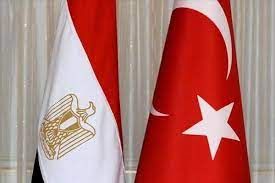 “These exploratory discussions will focus on necessary steps that may lead towards the normalization of relations between the two countries bilaterally and in the regional context,” the statement said.

On April 15, Turkish Foreign Minister Mevlüt Çavuşoğlu announced in a live broadcast that it was agreed that the channel first opened between Turkish and Egyptian intelligence would continue through the foreign ministries.

Çavuşoğlu said Egypt had invited the Turkish side for the visit in early May, which is to be held at the deputy foreign minister-level.

After the inter-delegation meeting, Çavuşoğlu said he could meet his Egyptian counterpart as well.

Turkey and Egypt have recently released statements on bilateral ties, suggesting an expected restoration in relations after more than seven years of political estrangement.

The two countries exchanged positive signals on establishing contacts and dialogue, including the possibility of holding talks to demarcate their maritime borders in the Eastern Mediterranean.​​​​​​​