Lavrov to meet with Pashinyan during visit to Armenia | Eurasia Diary - ednews.net

Turkey, US agree to use direct channels of dialogue effectively - Erdogan
Read: 270

Lavrov to meet with Pashinyan during visit to Armenia 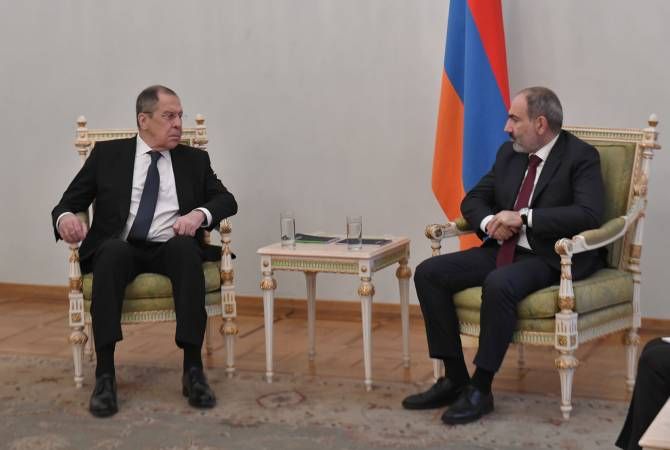 "On May 5-6, Minister of Foreign Affairs of the Russian Federation Sergey Lavrov will come to the Republic of Armenia on a working visit, during which he plans to meet with Acting Prime Minister Nikol Pashinyan and to hold talks with Acting Foreign Minister Ara Ayvazyan," the ministry informed.

The Russian Foreign Ministry pointed out that Lavrov’s current visit to Armenia is a continuation of intensive Russian-Armenian political dialogue aimed to strengthen multifaceted bilateral cooperation and to maintain peace and stability in the region.

The ministry also pointed out the development of interparliamentary ties and announced the upcoming visit of President of the National Assembly of Armenia Ararat Mirzoyan to Moscow. "The delegation of the Federal Assembly of the Russian Federation attended the commemorative events in Yerevan dedicated to the genocide of the Armenian population during the First World War. President of the National Assembly of the Republic of Armenia Ararat Mirzoyan plans to come to Moscow on an official visit on May 16-18," the message says.