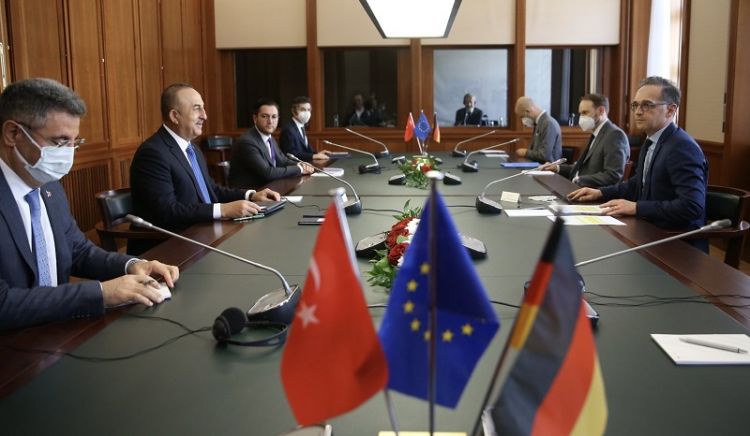 In response to a question about the so-called "Sofa Gate" scandal, Çavuşoğlu said Turkey strictly followed protocol and was not responsible for the crisis.

"We are saddened to see intra-EU tensions exposed during the meeting with our president; reason for 'Sofa Gate' was the competition between EU’s branches of council and commission," Çavuşoğlu said. He noted

Çavuşoğlu also said Turkey and Germany have reached a consensus on the withdrawal of mercenaries from Libya.