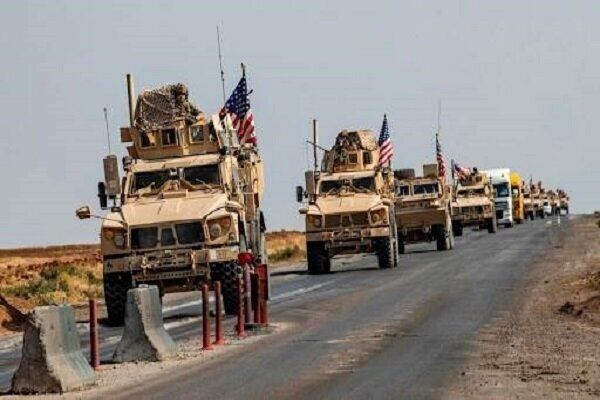 "An increase in air transfer of military goods and movements on the ground of military convoys by the US-led coalition in the eastern regions of Syria is a cause of concern," the deputy head of the Russian Reconciliation Center for Syria said according to Arabic-language website of the Russian Sputnik news agency.

"Such military movements along with the emergency economic and social situation caused by the tough US sanctions causes great harm to the chances of a political settlement," he added.

The US forces are stationed in several military sites in Syria, most notably near the Alomar oil and Koniko gas fields in Deir Ezzor Governorate, as well as the Al-Tanf base in southeastern Syria.

Last month, Rear Admiral Alexander Karpov, the head of the Russian military's Reconciliation Centre in Syria said that terrorists in Syria were planning terrorist attacks and attacks on state institutions in major cities before the upcoming presidential elections.

He said that "illegal armed groups planned terrorist attacks and attacks on state offices in major cities in order to destabilize the situation in the country ahead of the upcoming presidential elections in Syria."

"According to the information obtained, the militants set up a camouflaged base in the northeast of Palmyra, where armed groups were formed to send and carry out terrorist attacks in various regions of the country, as well as to manufacture explosive devices," he said.