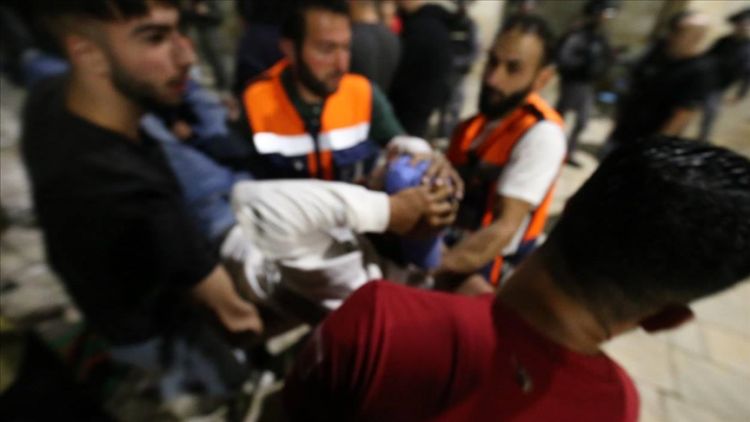 The number injured rose to 205 in Israeli attacks late Friday at Al-Aqsa Mosque, Damascus Gate of the Old City and the Sheikh Jarrah neighborhood in East Jerusalem, according to the Palestinian Red Crescent, Eurasia Diary reports citing Anadoly Agency.

Eighty-eight were taken to hospitals in Jerusalem, while others were treated as outpatients, said a statement.

Most of the injuries were caused by rubber bullets fired by Israeli police, it added.

Palestine Red Crescent established a field hospital in the region because of a lack of beds at hospitals.

Police attacked Muslim worshippers inside the Al-Aqsa Mosque while worshippers were performing tarawih -- special night prayers -- during the Muslim holy month of Ramadan.