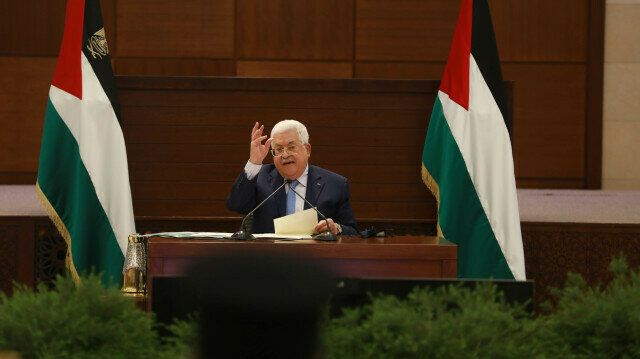 Palestinian President Mahmoud Abbas on Friday urged the UN Security Council to hold an emergency meeting to protect the Palestinian people following an Israeli crackdown and escalation against Palestinians in Jerusalem, Eurasia Diary reports citing Yeni Safak.
Abbas said in a speech that the Israeli government is fully responsible for the recent incidents in Jerusalem, as well as any repercussions that result from the ongoing escalation.
He underlined that the "brutality and terrorism" of the Israeli settlers in East Jerusalem would only make Palestinians more attached to their national right.
So far, more than 50 Palestinians have been injured in a raid on Al-Aqsa Mosque by Israeli forces, who detained dozens.
Meanwhile, clashes also took place between Israeli security forces and Palestinians trying to enter Al-Aqsa through the Bab Al-Silsila, one of the gates to the mosque.
Al-Aqsa Mosque is the world's third-holiest site for Muslims. Jews call the area the "Temple Mount," claiming it was the site of two Jewish temples in ancient times.
Israel occupied East Jerusalem, where Al-Aqsa is located, during the 1967 Arab-Israeli war. It annexed the entire city in 1980 in a move never recognized by the international community.