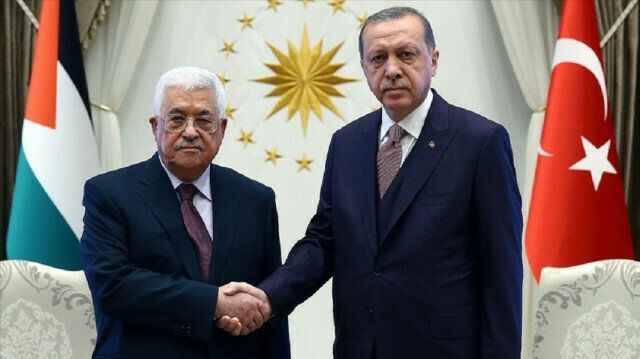 In a statement by the Turkish Communications Directorate, they discussed Israeli attacks on Palestinians and Al-Aqsa Mosque.

Erdogan said he strongly condemns the attacks which hurt the consciousness of all humanity, not just Muslims, and the persecution of Palestinians.

He said Turkey will do everything in its power to mobilize the whole world, especially the Islamic world, to stop Israeli terrorism and occupation.

Turkey will continue to support the Palestinian cause, stand with its Palestinian brothers and protect the honor of Jerusalem, he added.

At least 305 people were injured as Israeli police on Monday stormed the Al-Aqsa Mosque in occupied East Jerusalem and attacked Palestinians who were on guard to prevent possible raids by extremist Jews.

Israel occupied East Jerusalem, where Al-Aqsa is located, during the 1967 Arab-Israeli war. It annexed the entire city in 1980, in a move never recognized by the international community.