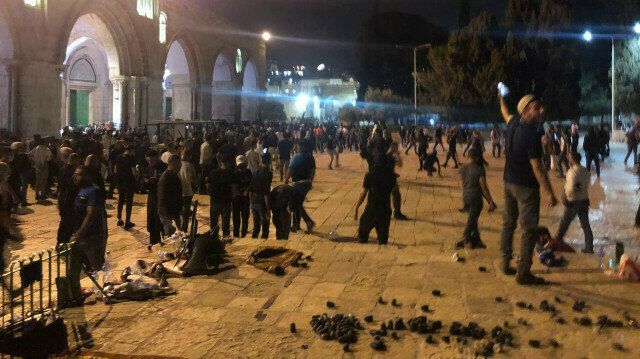 The UN human rights office (OHCHR) said on Tuesday that it is "deeply concerned" about the escalation of violence in the occupied Palestinian territory, including East Jerusalem, and in Israel, calling on security forces to respect the rights of journalists to report freely, Eurasia Diary reports citing Yeni Safak.

Rupert Colville, a spokesman for the UN High Commissioner for Human Rights office, said that according to the Palestinian Red Crescent Society, 915 Palestinians have been injured on May 7-10 in East Jerusalem.

More than 200 were injured in the West Bank, "mostly by Israeli security forces," said Colville, condemning "all violence and all incitement to violence and ethnic division and provocations."

The UN Rights Office official said that one Palestinian with Israeli citizenship was reportedly among those killed in Israel, while approximately 20 Israelis, most being members of security forces, have reportedly been injured as of May 10.