The US Navy set off explosives next to its new aircraft carrier to see if the ship can handle the shock
Read: 264

Israel's human rights violations must come to an end - Erdogan 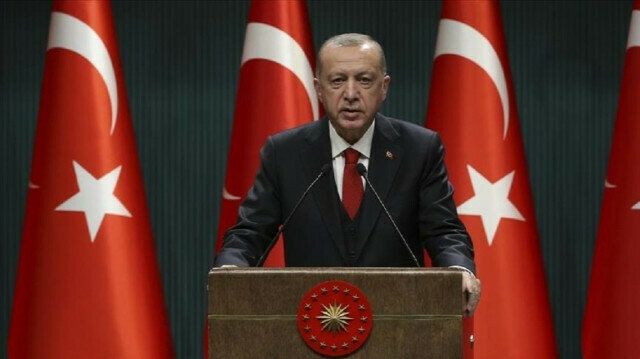 Decrying Israel’s actions as “violating decisions by humanity’s common organizations, fundamental human rights, international law, and all human values,” Erdogan said: “It is the duty of every single Muslim to protect the honor, glory and dignity of the holy city of Jerusalem.”

Tensions have been running high since an Israeli court last week ordered the eviction of Palestinian families from the Sheikh Jarrah neighborhood of East Jerusalem, leading to Palestinian protests and Israeli attacks on Palestinian civilians, including worshippers at the city’s Al-Aqsa Mosque.

The latest death toll from ongoing Israeli attacks in the Gaza Strip rose to 65, including five women and 16 children, with 365 people injured, the Palestinian Health Ministry said on Wednesday.

Israel occupied East Jerusalem during the 1967 Arab-Israeli war and annexed the entire city in 1980, in a move that has never been recognized by the international community.