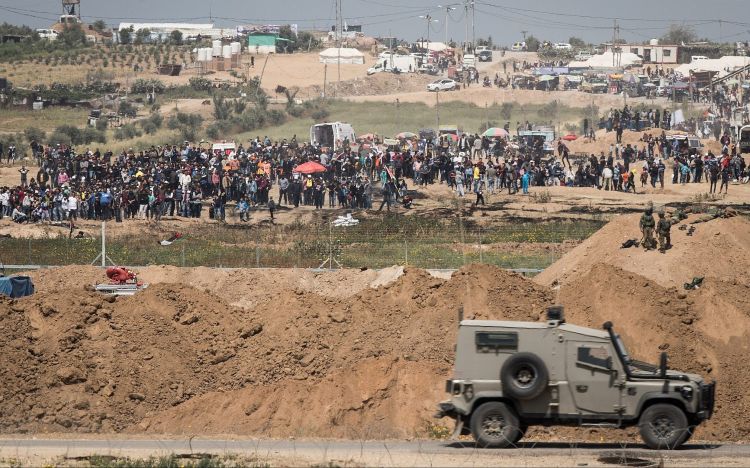 Israel is sending military reinforcements to its border with Gaza, army officials have told the BBC, APA reports.

"There are troops that are being moved towards the borders," Israel Defense Forces (IDF) spokesman Lt Col Jonathan Conricus said, adding: "It's a preparatory move."

He said 3,000 army reservists had also been called up and military officials on the border had been ordered by the government to prepare for “all eventualities and an escalation”.

"They are there in battle procedure, basically preparing for battle - that is what they’re doing," Col Conricus said.

"But that is not necessarily the first thing we will do tomorrow morning - our focus is on degrading enemy capabilities," he added.