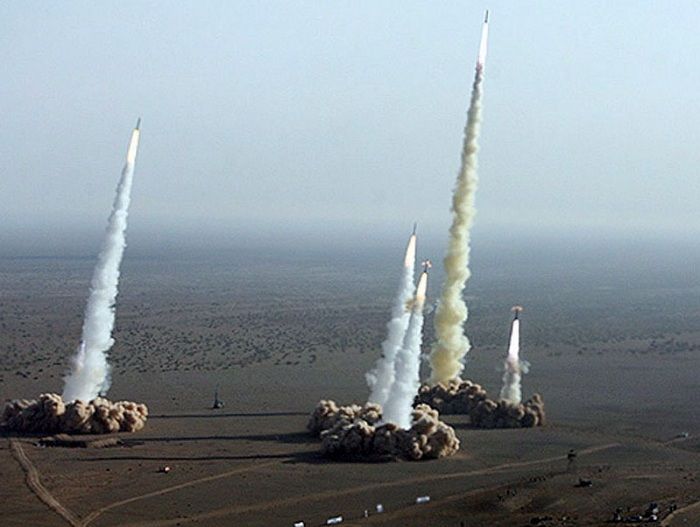 Syria fired missiles with a range of at least 50 km aiming Israel, BulgarianMilitary.com has learned, referring to its field sources in Syria and Israeli media. Three rockets were fired; one exploded on the territory of the Arab state, the other two hit Israel. There are no reports of casualties or damage.

According to our field air defense source, the Israeli army’s Tzeva Adom early-warning radar system did not work, did not intercept the missiles, and allowed them to enter Israeli territory and land there. According to media reports, this missile attack from Syria has been claimed by an organization called the Palestinian Liberation Battalions.
Our field source claims that days before the Syrian missile attack on Israel, an Iranian cargo plane was allowed into the country. The plane reportedly was transporting missiles and attacking uncrewed aerial vehicles to be used against Israel.

A nuclear reactor in Israel has come under missile threat

Early on April 22 in the morning, a series of Israeli airstrikes and a response by the Syrian air defenses set off warning missile sirens in the Negev desert near Israel’s nuclear reactor.

Around 1:30 a.m., Tel Aviv approved an operation to attack Iranian targets in Syria. The Times of Israel reported an Israeli airstrike on Syrian territory. The Arab side’s air defenses have been activated and fired missiles at an Israeli fighter jet. No Israeli fighter jet has been shot down, but one of the missiles fired crossed Israeli territory and exploded near a nuclear reactor in the Negev desert.

“We detected a launch of a surface-to-air missile from Syrian territory towards Israeli territory, which fell in the Negev region,” the IDF said.

The blast was quite loud after residents of Jerusalem and central Israel heard the sound of its explosion. In response to this Syrian missile, the Israeli Air Force was lifted for the second time and carried out a second air attack within an hour on Syrian territory.