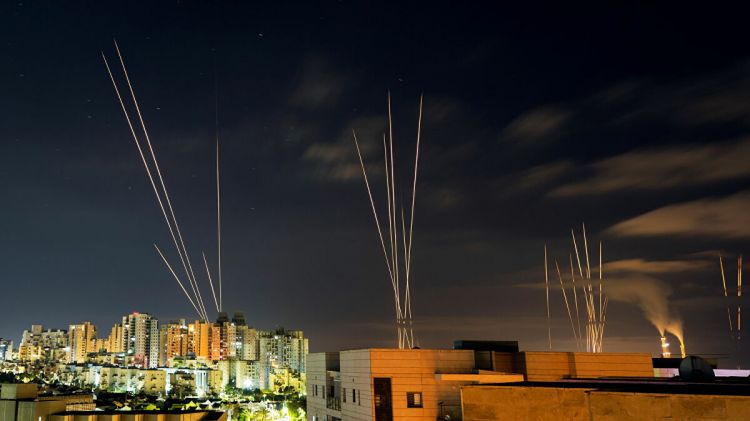 The Times of Israel has reported that sirens went off in the Sha'ar Hanegev region and in Nahal Oz near the Gaza Strip.

The current escalation in the Israeli-Palestinian conflict started earlier this month when unrest began in East Jerusalem after a court decided to evict several Palestinian families from the area.

The situation on the border between Israel and the Gaza Strip has been deteriorating amid heavy rocket exchanges that have resulted in the deaths of over 200 Palestinians, including more than 60 children.

Israel has reported 10 people killed and 50 injured, while the Palestinian Red Crescent says that more than 1,300 Palestinians have been injured amid the continuing escalation. More than 3,300 rockets have been launched from the Gaza Strip, while the Israeli Army said it has launched hundreds of rockets targeting Hamas infrastructure and militants.