Biden voices support for ceasefire in phone call with Netanyahu 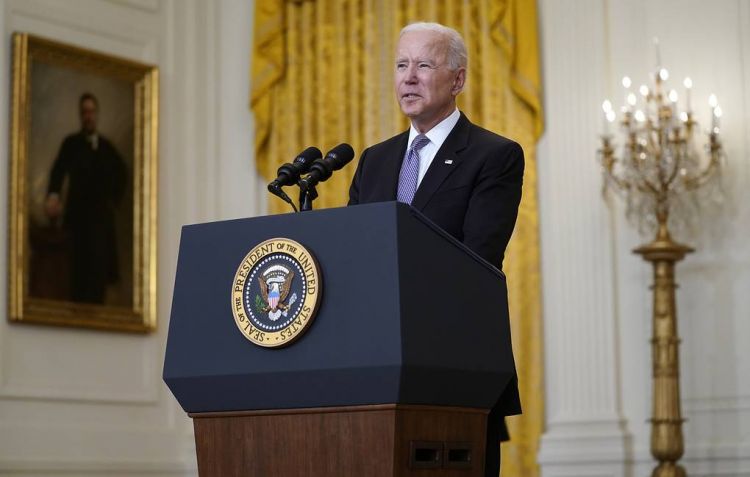 US President Joe Biden discussed with Israeli Prime Minister Benjamin Netanyahu in a phone call the exchange of fire between the Hamas radicals and the Israeli forces, expressing his support for a ceasefire, Eurasia Diary reports citing Tass.

"The two leaders discussed progress in Israel’s military operations against [radical Palestinian group] Hamas and other terrorist groups in Gaza. The President expressed his support for a ceasefire and discussed U.S. engagement with Egypt and other partners towards that end. The two leaders agreed that they and their teams would remain in close touch," the White House said in a statement.

Biden also called on Netanyahu to make every effort to protect innocent civilians. "The President reiterated his firm support for Israel’s right to defend itself against indiscriminate rocket attacks. The President welcomed efforts to address intercommunal violence and to bring calm to Jerusalem. He encouraged Israel to make every effort to ensure the protection of innocent civilians," the White House said.

On Monday, US Secretary of State Antony Blinken discussed over the phone with Israeli Foreign Minister Gabi Ashkenazi the ways of resolving the ongoing Palestinian-Israeli conflict.

An exchange of missile strikes between Israel and the Palestinian radicals from the Gaza Strip began on May 10 following an outbreak of violence near the Al-Aqsa mosque in Jerusalem’s Old City in early May. According to the latest data, at least ten Israelis were killed, hundreds were injured. The Palestinian side lost 200 people and nearly 6,000 others were wounded during the escalation of conflict with Israel.