US Senators call for Mideast ceasefire amid Israeli attacks 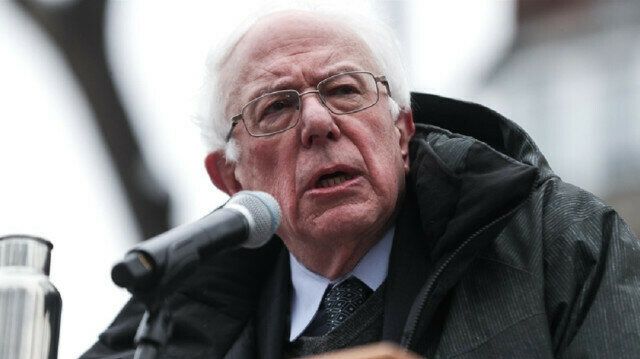 Twenty-nine US Senators, all of them Democrats or Independents, have agreed to a joint statement calling for an immediate ceasefire between Israel and the Palestinian territories, Eurasia Diary reports citing Yeni Safak.

The statement was crafted by Jewish Senator Jon Ossoff of Georgia, and included support from Jewish Senator Bernie Sanders of Vermont, who separately urged the White House to denounce "Israeli extremists".

"To prevent any further loss of civilian life and to prevent further escalation of conflict in Israel and the Palestinian territories, we urge an immediate ceasefire," read the statement issued Sunday.

Secretary of State Anthony Blinken urged "calm" on Monday, after tweeting on Sunday that he had spoken with Egyptian Foreign Minister Sameh Shoukry. Blinken wrote, "All parties need to deescalate tensions -- the violence must end immediately."

For its part, the Biden administration has repeatedly supported Israel's "right to defend itself", despite calls from progressive members of the Democratic party to condemn Israel's bombing campaign against the Palestinians.

Since May 10 when Israeli started air strikes on Gaza, dozens of women and children have been killed and entire families have been wiped out.

Israeli bombings have killed at least 200 Palestinians with children accounting for at least 60 of the deaths. The attacks have injured more than 1,300 people and left behind a massive trail of destruction across the territory with media offices and health centers among the structures that have been targeted.

The recent tensions that started in East Jerusalem during the Muslim holy month of Ramadan spread to Gaza as a result of Israeli assaults on worshippers in the flashpoint Al-Aqsa Mosque compound and Sheikh Jarrah neighborhood.