The US Navy set off explosives next to its new aircraft carrier to see if the ship can handle the shock
Read: 263

'Turkey to continue to stand by Crimean Tatars' 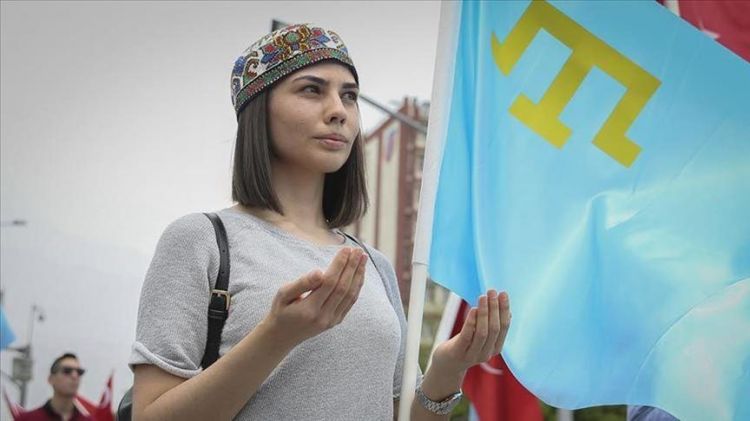 In a statement, Tanju Bilgic, the ministry spokesman, recalled that on the night of May 18, 1944, some 250,000 “Crimean Tatar Turkish kinsmen were torn from their ancestral homeland and exiled under inhumane conditions.”

Bilgic underlined that a large number of Crimean Tatars lost their lives during this "tragic event" and those who survived were "forced to live yearning for their homeland."

"77 years after the exile, Crimean Tatar Turks are challenged by the hardships created by the illegal annexation of Crimea. Turkey will continue to stand by its kinsmen in their struggle to overcome their aggrievement, attain peace and prosperity, and to protect their identities," he said.

Turkey and the US, as well as the UN General Assembly, view the annexation as illegal, as does the EU, which imposed sanctions on Russia for the seizure.

Bilgic also marked the 157th anniversary of the "Circassian Exile", in which people of the Caucasus were forced to leave their homelands during the invasion of Tsarist Russia to seek shelter in Anatolia, suffering great losses.

"The pain of this tragedy remains alive in our collective memories," the spokesman said.

"We share the pain of the Crimean Tatar Turks, as well as the brotherly peoples of the Caucasus and wish mercy upon and respectfully honor the memory of those who lost their lives during these exiles," Bilgic added.

In June 2020, the Ukrainian Parliament passed a bill calling on the UN and international organizations to recognize the deportation of the Crimean Tatars as genocide.