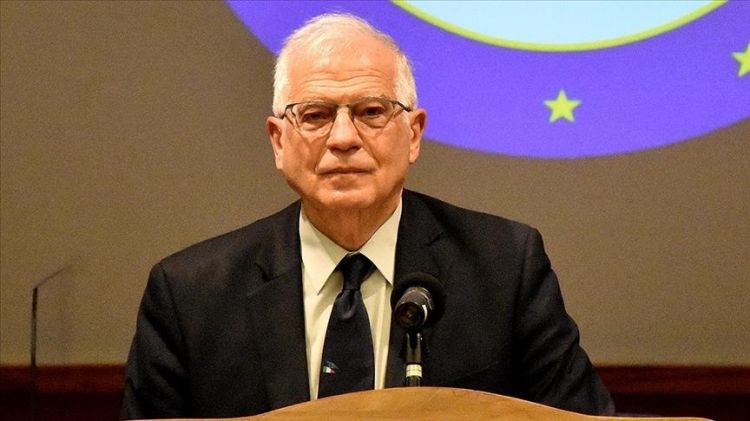 The top EU diplomats will hold an informal meeting in Lisbon, hosted by the Portuguese government after assuming the rotating presidency of the Council of the European Union.

“The hijacking of the [Ryanair] plane and detention of two passengers is completely unacceptable,” EU foreign policy chief Josep Borrell told journalists on his way to the meeting.

Earlier this week, EU governments gave the green light for their foreign ministers to work on new sanctions against Belarus over Sunday’s forced diversion of the Ryanair flight and arrests of journalist Roman Protasevich and his companion Sofia Sapega.

The Ryanair flight heading from Greece to Lithuania was diverted to Belarus on the pretext of a bomb threat.

A Belarusian MiG-29 fighter jet was scrambled to escort the plane to the Minsk airport, where authorities detained Protasevich, a journalist they said was wanted for involvement in a “terrorist incident,” and Sapega.

Borrell explained that the EU foreign ministers will be “discussing the implementation of sectorial and economic sanctions” against Belarus, but will not make a final decision since the meeting in Lisbon is informal.

Besides Belarus, the foreign ministers will talk about other conflicts in the EU’s Eastern parts affecting the bloc’s security, including Ukraine, Georgia, and Nagorno-Karabagh.