Egyptian FM urges Israel to refrain from actions that could lead to escalation in Gaza - ednews.net 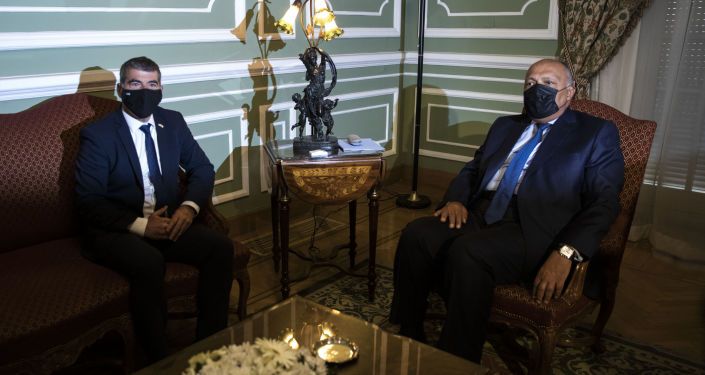 The Israeli top diplomat Gabi Ashkenazi arrived in Cairo on Sunday to discuss the Egypt-brokered ceasefire with Hamas, after an 11-day war resulted in the deaths of 12 Israelis and 270 Palestinians (including 64 children) in the Gaza Strip, Jerusalem, and the West Bank, Eurasia Diary reports citing Sputnik.

Egyptian Foreign Minister Sameh Shoukry warned his Israeli counterpart on Sunday to avoid any steps that could lead to another escalation, especially in the Palestinian territories, al-Arabiya News reported, citing the foreign ministry's statement.

During the first official visit by an Israeli politician to Egypt since 2008, Shoukry told Gabi Ashkenazi to take into consideration the sensitive nature of Islamic and Christian holy sites in the region, especially Al-Aqsa Mosque and East Jerusalem. The latter lies at the core of the Israeli-Paestinian conflict, since Israel rejects the very idea of sharing it. The recent conflict was also sparked by the eviction of several Arab families from the Shekh Jarrah neighbourhood in East Jerusalem.

This comes after US State Secretary Anthony Blinken recently met with Ashkenazi and assured him of the United States' "strong commitment to Israel's security".

Israel and Hamas were locked in a bitter conflict for 11 days that ended with an Egypt-brokered ceasefire on May 20. The hostilities came after days of clashes between the Arab population and the Israeli police in East Jerusalem over an Israeli court's decision to evict several Palestinian families from the holy city's neighborhood.

While Israel and Hamas have agreed to a ceasefire, the ruins of the conflict will require substantial financial resources to rebuild. Presently, the United Nations is calling on the international community to raise $95 million to help reconstruct the enclave.