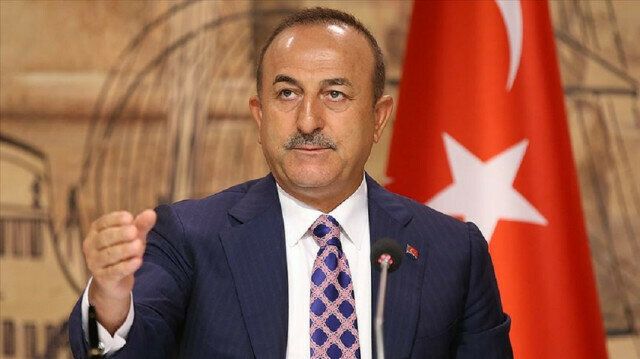 Turkey's foreign minister on Tuesday called on the international community to take common action against Islamophobia after four Muslims were killed this week in Canada in an intentional hit and run, Eurasia Diary reports citing Yeni Safak.

"May Allah's mercy be upon our four Muslim brothers and sisters from the same family who were massacred in Canada," Mevlut Cavusoglu said on Twitter.

"We must all fight together against the terrorism of Islamophobia, racism and discrimination," he said. "International community must take common action without further delay."

"This modern barbarism must be stopped. The demonization of Muslims must be ended," Kalin said on Twitter.

Omer Celik, a spokesman for Turkey's Justice and Development (AK) Party, criticized the use of anti-Islamic rhetoric by some politicians and media, saying it encourages hate crimes.

"It is not just a simple criminal act," Celik said in a tweet. "The language of politics and media, which gives credit to hate crimes, is responsible for this."

Four members of a Pakistani-origin Muslim family were killed when a pickup truck driver, 20-year-old Nathaniel Veltman, intentionally plowed into them in London, Ontario on Sunday evening.

Another family member, a 9-year-old boy, survived the attack and is in hospital, where doctors called his condition serious but not life-threatening.

The names of the victims were released, but Canada police said they were two women, aged 74 and 44, a 46-year-old man, and a 15-year-old girl.

According to the police, the driver was arrested shortly afterward and charged with four counts of first-degree murder and one count of attempted murder.

The family was "targeted because of their Muslim faith," the police said.