Iran-Russia relations to be in favor of region, global issues | Eurasia Diary - ednews.net

Iran-Russia relations to be in favor of region, global issues 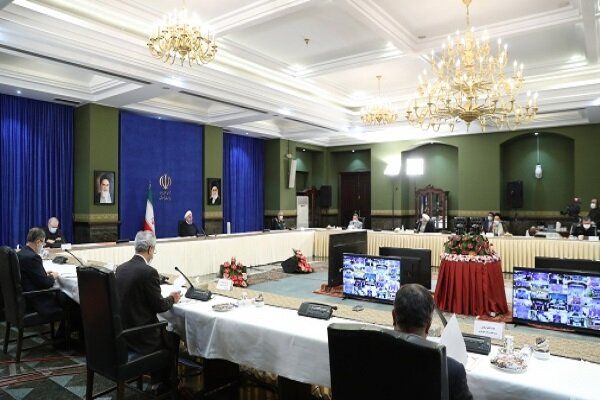 Iranian President Hassan Rouhani made the remarks at the inauguration ceremony of the national projects of the Ministry of Energy on Thursday morning.

Appreciating the efforts of the Ministry of Energy and all those involved in the field of water and electricity, both public and private, to achieve national projects in this sector, he said, "The important project of Sirik power plant is of great importance due to the friendly and close relations between Iran and the northern neighbor, Russia."

Rouhani appreciated the Russian President Vladimir Putin due to all the efforts which have been done in the political, economic and regional aspects, saying, "Iran and Russia have very important cooperation in the issues related to Syria and important tripartite cooperation about Azerbaijan and the Caucasus. We also have very good cooperation in Eurasia with Russia and member states."

Referring to the cooperation between Iran and Russia in the field of military and defense issues, as well as the construction of two nuclear power plants, the Iranian President said, "Our relations with Russia have become much broader than before, and efforts are underway with this country to revive JCPOA."

Iranian President pointed to the agreement between Iran and Russia on the implementation of joint projects, including power plants and railways in Iran, saying, "Fortunately, moves in this direction have begun. Of course, we expected this project to start a little earlier, but some problems caused these plans to start with a delay."

The national projects of the Ministry of Energy in Hormuzgan in the south and Ilam and Kermanshah Provinces in the west of the country were inaugurated by the President on Thursday morning through a video conference.