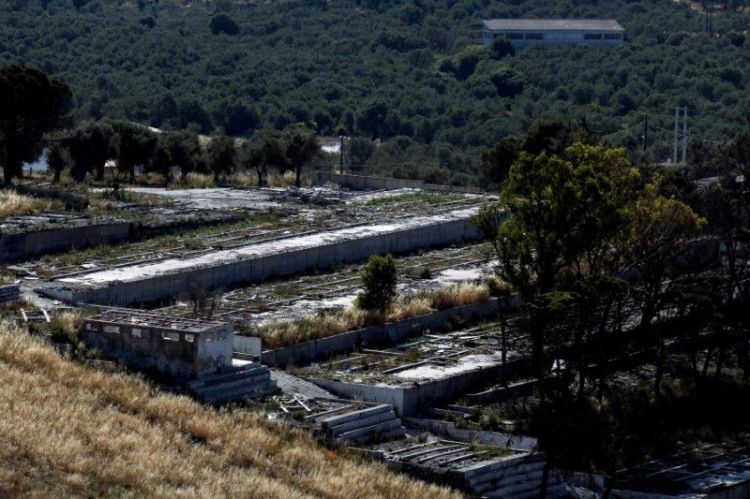 Four Afghan asylum-seekers were sentenced to 10 years in prison in Greece on Saturday for their part in a fire that destroyed the Moria migrant camp last year, in a case that highlighted the chronic refugee problem on Europe's borders.
The men, charged with arson with risk to human life over the fire on the island of Lesbos last September, were found guilty after a court rejected a request by lawyers for three of them to be tried by a juvenile court because they were under 18 at the time.
Before the blaze, Moria was considered Europe's biggest migrant camp, a sprawling and overcrowded town of tents and improvised shelters notorious for its poor and often dangerous living conditions.
Described by rights groups and the U.N. refugee agency UNHCR as unfit for humans, the camp had become a symbol of Europe's stumbling response to the migration crisis on its southern borders, which left much of the burden to be carried by small islands like Lesbos.
Greek authorities believe the fire was deliberately lit by camp occupants after quarantine measures were imposed following the discovery of COVID-19 cases among people living on the site.
The blaze sent more than 12,000 people, mostly Syrian, Afghan and Iraqi refugees who had already endured a dangerous sea crossing, fleeing for their lives, forcing most to sleep in the open for days without shelter, food or water or sanitation.
No one was killed in the fire.
A new temporary camp was set up on the site of an old army firing range but tenders have been launched for new closed centres on Lesbos and the nearby island of Chios that the government says will provide safer accommodation but which critics say risk becoming like prisons.
The four men were among a group of six Afghans detained by police following the fire. The other two were sentenced in March to five years in prison.
Defence lawyers said the men had been framed by a witness and that the court's decision was "an inconceivable conviction without evidence".