Iran in ‘no hurry’ to reach ‘good deal’ 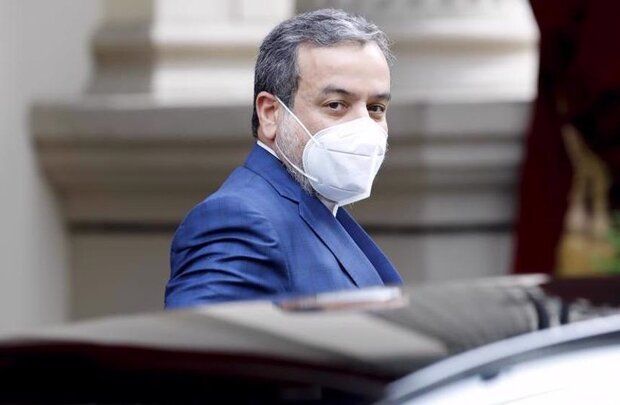 Deputy Foreign Minister Abbas Araghchi says Tehran is in "no hurry" for the results of ongoing Vienna talks and seeks to have a “good deal”, Eurasia Diary reports citing Mehr News.

“We need to have a good deal and a good deal is when our key concerns are addressed and our key objectives are met without which we don’t have a deal,” Abbas Araghchi, who is also Iran’s deputy foreign minister for political affairs, told Press TV after Iran and the P4+1 group of countries ended the first day of the 6th round of their talks on Saturday.

Araghchi noted that the important point for Iran is to reach a deal, which would address Iran’s “key requirements and positions” already announced by Iran’s delegates.

“There are many technicalities to be resolved and we decided today to continue our discussion, [and] our talks very intensively at both political and expert levels.... I think all questions are able to be resolved, if the other side can make ... their decisions, especially on difficult issues,” Iran’s top negotiator said.

Araghchi noted that "Iran has already made its difficult decision when it decided to stay in the deal, after the US’ illegal withdrawal from the JCPOA."

The top Iranian diplomat had earlier said that it is unlikely that the Vienna talks would be concluded this week.

Since April, representatives from Iran and the P4+1 group of countries have been holding talks in Vienna aimed at reviving the 2015 nuclear deal, officially known as the Joint Comprehensive Plan of Action, and bringing the US back to compliance with the accord.

The US has sent a delegation to Vienna but it is not attending the JCPOA Joint Commission talks directly as Washington is no longer a party to the deal. It has, however, held separate talks with the other parties except Iran.

The US, under former president Donald Trump, left the JCPOA in 2018 and returned the sanctions that had been lifted against Tehran as part of the agreement.

President Joe Biden has said Washington is willing to return to the pact if Tehran first suspends its countermeasures taken in response to US violations and reimpostion of sanctions.