Armenians wandered into Azerbaijan's territory, but were returned 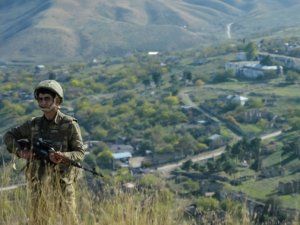 Two residents of the Tekh community of Syunik region of Armenia ended up in Azerbaijan's territory while carrying out agricultural work. The incident took place on June 12, the press-service of the Armenian Defence Ministry reports.

'On June 12, when carrying out agricultural work, two villagers of the Tekh community of Syunik region on tractors, not being able to navigate themselves in the terrain, ended up in Azerbaijani territory,' the message says.

After negotiations with the participation of Armenian and Azerbaijani military personnel, as well as Russian peacekeepers, the villagers were returned.