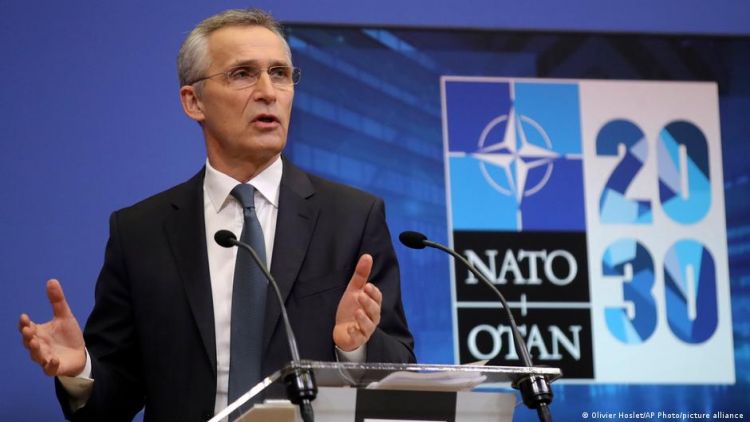 NATO has opened a new chapter in its history at the leaders’ summit in Brussels, the secretary-general said on Monday, Eurasia Diary reports citing Yeni Safak.

“Today, we opened a new chapter for our alliance. We addressed key issues from security and took far-reaching decisions,” Jens Stoltenberg told reporters after the leaders’ meeting.

“Europe and North America must stand strong together in NATO to defend our values at a time when authoritarian regimes like Russia challenge the international order,” Stoltenberg said.

NATO leaders reconfirmed the military alliance’s “dual-track approach" with Russia, based on maintaining defense and being open to dialogue, especially in the domain of arms control, the NATO chief explained.

The heads of states and governments also reiterated their support for “the territorial integrity and sovereignty of Ukraine, Georgia, and the Republic of Moldova within their internationally recognized borders,” the summit’s final communique said.

As one of the novelties of the summit, the NATO leaders addressed “China's stated ambitions and assertive behavior,” as well as its “coercive policies which stand in contrast to the fundamental values enshrined in” the North Atlantic Treaty and “use of disinformation.”

They decided to engage in constructive dialogue with China on relevant issues for the alliance, such as climate change but called the country to “uphold its international commitments and to act responsibly in the international system, including in the space, cyber, and maritime domains, in keeping with its role as a major power.”

Based on the lessons of the COVID-19 pandemic, the leaders also agreed to reinforce the military alliance’s resilience to unforeseen crises and to strengthen its critical infrastructure.

For the first time, the “security impact of climate change” was also discussed, and leaders agreed to take this point of view into consideration when planning a national defense.

“I am pleased to announce that all allies made a clear commitment to significantly reduce military emissions. We also agreed to set concrete targets for NATO to contribute to the goal of net-zero emissions by 2050,” Stoltenberg said.

Based on the main findings of the summit, the leaders mandated the secretary-general to develop NATO’s new strategic concept by their next summit in 2022 in Spain where they are also supposed to decide on the budget raise.