New military units were commissioned in the territory of the Khojavend region - Azerbaijani MoD - VIDEO
Read: 324 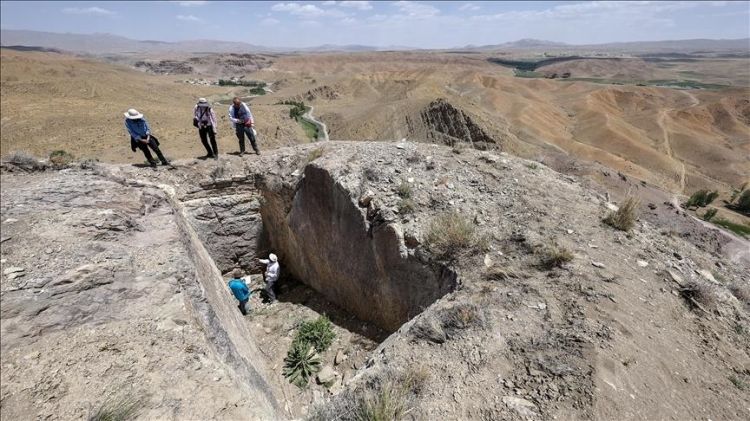 A team of archaeologists have unearthed a castle dating back to the Urartian era in eastern Turkey, Eurasia Diary reports citing Anadolu Agency.

The remains of the castle dating back 2,800 years ago were discovered during an excavation project sponsored by Van Yuzuncu Yil University on a mountain at an altitude of 2,500 meters (8,200 feet) in the Gurpinar district of eastern Van province.

"Although it is believed to be dated back to the Urartian era like the Van Castle, we see that it was mostly used in the Middle Ages," Rafet Cavusoglu, the head of the excavation team and an archeology professor at Van Yuzuncu Yil University, told Anadolu Agency.

"We understand that this place was built about 2,800 years ago from ceramic pieces, the cistern, and the city walls," Cavusoglu said.

Meanwhile, he added that they "found that limestone rock and sandstone were used in the construction of walls in the region. This castle is a very important discovery for us."

Besides, the newly found castle will contribute to the historical richness of the district, Hayrullah Tanis, mayor of Gurpinar, said.

"In cooperation with Van Yuzuncu Yil University, we made an important discovery here. We found a new castle witnessing the Urartian period and the Middle Ages. This discovery excited us in terms of tourism and culture," Tanis added.