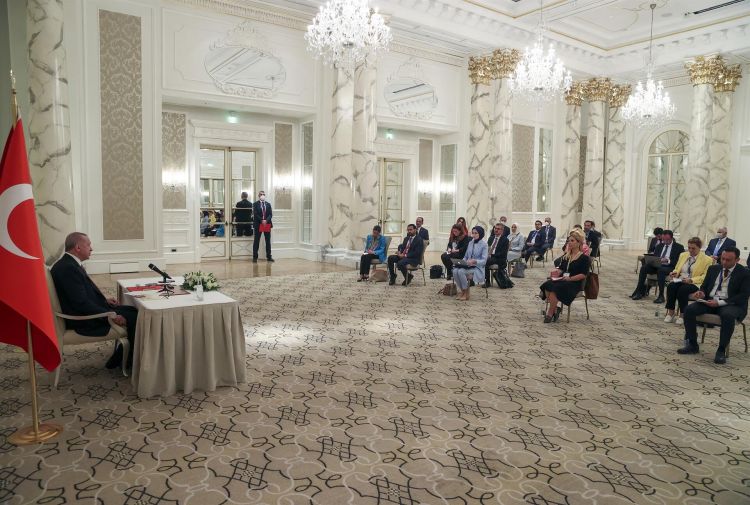 President Recep Tayyip Erdoğan said he had told U.S. President Joe Biden at their first meeting that Turkey would not change its stance on its Russian S-400 missile defenses, Anadolu Agency reports.

"I told [Biden] that they should not expect Turkey to take a different step on the F-35 and S-400 issues because we did what we had to for the F-35s and gave the necessary money," Erdoğan told reporters on a return flight from Azerbaijan.

"We must monitor developments closely. We will be following up on all our rights," he said. "In the next period, our foreign ministers, defense ministers, and defense industry chairs will be moving this process forward by meeting with their counterparts."

Erdoğan said he conveyed Turkey's views on the issue at his meeting with Biden, Anadolu Agency reported.

Turkey has also offered to guard and operate Kabul's airport after U.S. and NATO forces withdraw. NATO head Jens Stoltenberg said on June 14that Turkey would play a key role there but that no decision was made at the summit.

"Following the U.S. decision to withdraw from Afghanistan, Turkey can take up a lot more responsibilities here," Erdoğan said, without elaborating.