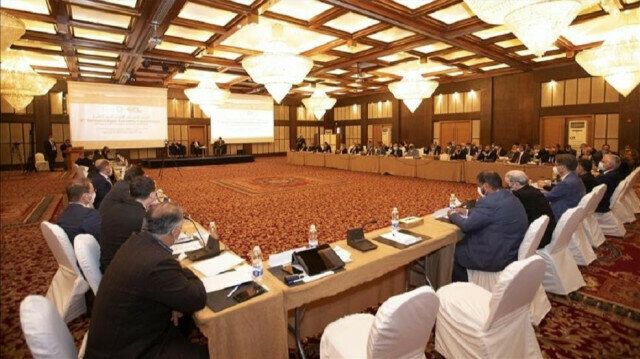 “We learned that the Ministry of Foreign Affairs is preparing to send a delegation from stakeholders of Libya’s south to Italy under an invitation from the Italian Foreign Ministry to hold a reconciliation forum on the Italian soil without prior coordination with the [Presidency] Council,” council head, Mohammed al-Menfi, said in a letter to Mangoush.

The council condemned the Italian move and demanded the cancellation of the forum.

It informed Rome of “the necessity of respecting the principle of sovereignty, observing good neighborly relations and non-interference in internal affairs of the state."

A dispute recently erupted between the House of Representatives (parliament) and the High Council of State over sovereign positions, with the former accusing the latter of violating the 2015 political agreement, which stipulates the two to jointly select these positions.

Libya has recently witnessed positive developments following a breakthrough in which rival parties agreed on Feb. 5 on a unified new executive authority to govern Libya in the lead-up to national elections on Dec. 24.

Menfi was chosen as the head of a three-member Presidency Council while Abdul Hamid Dbeibeh became the new prime minister. On March 15, Libya’s new unity government headed by Dbeibeh was sworn in by the Libyan Parliament.

Libyans hope the government will end years of civil war that have engulfed the country since the ouster and killing of strongman Muammar al-Qaddafi in 2011.