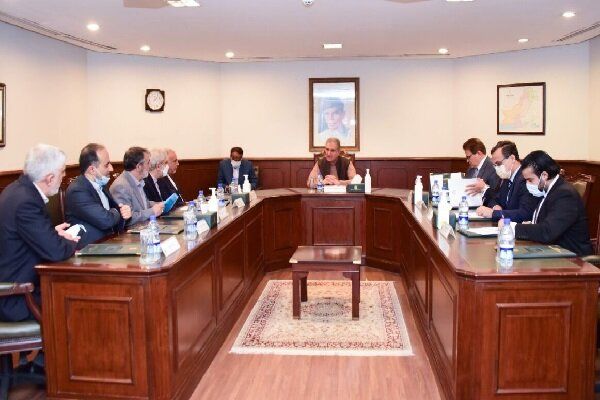 According to an official statement, both sides during the meeting discussed issues of mutual interest, including bilateral relations, the Afghan peace process and the law and order situation in the region, according to IRNA.

The Foreign Minister congratulated Iranian leadership and Iranian people on the successful conduct of presidential election in Iran. He conveyed his best wishes to the newly elected President of Iran, Ebrahim Raisi. “Deep fraternal ties between Pakistan and Iran have been further strengthened in the last few years,” noted Qureshi.

He added the role of Iranian Foreign Minister Mohammad Javad Zarif in boosting ties with Pakistan is commendable.

“Pakistan considers peace in Afghanistan essential for peace in the region,” he said adding that Islamabad believes there is no military solution for the Afghan problem.

“There is a need for a lasting political solution to the Afghan problem through Afghan-led, Afghan owned dialogue,” said Qureshi. Unrest in Afghanistan has affected both Pakistan and Iran, he stressed.

Recognizing the support of the international community, Qureshi said that Afghan factions must take immediate steps to make the peace process fruitful through dialogue.

This is Taherian Fard's second visit to Pakistan as Special Representative on Afghanistan. He accompanied Foreign Minister Mohammad Javad Zarif on his 11th official visit to Islamabad in November last year.