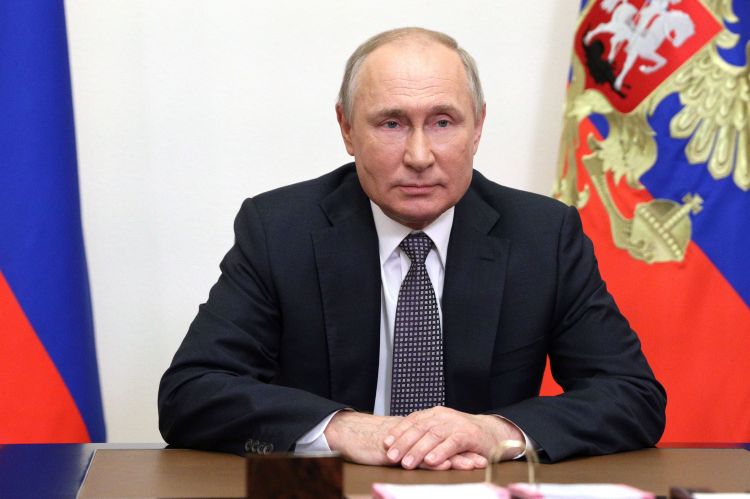 Russian President Vladimir Putin said on Wednesday that Russia is concerned over the continuous build-up of NATO's military potentials and infrastructure in the vicinity of Russian borders, Eurasia Diary reports citing GCTN.

NATO also refused to "consider in a constructive manner our proposals on de-escalating the tension and reducing the risk of unpredictable incidents," the Russian leader told the ninth Moscow Conference on International Security (MCIS), which is being held from June 22 to 24.

"We really do hope that common sense together with the desire to promote constructive relations with Russia will eventually prevail," Putin added.

The MCIS traditionally brings together defense ministers, heads of international organizations, non-government experts and global think-tank representatives to discuss global cooperation and partnership on the most pressing peace and security challenges of the time.

In his video address, Putin warned of growing geopolitical processes worldwide and erosion of international law.

"Regional armed conflicts, the risks of proliferation of weapons of mass destruction, the activity of cross-border criminal groups, drug trafficking and cybercriminals are causing us serious concern. International terrorism continues to pose a particular threat," he said while calling for joint global efforts to meet the challenges based on the international law and the UN Charter.

Despite sharing concerns, Putin reassured that Russia aimed at reducing risks, ensuring predictability and solving differences via dialogue and concrete agreements, including in the field of arms control.

"We never dictate our will to other countries, and are willing to participate in addressing global and regional challenges and to expand creative cooperation with all countries on equal terms using political and diplomatic methods," said Putin.