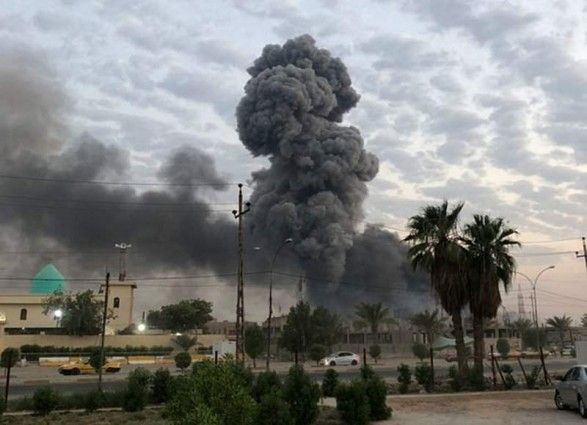 Iraq's Shiite-dominated Popular Mobilisation Forces (PMF) denied on Monday any presence of arms depots at the positions struck by the US Air Force on the country's border with Syria, Eurasia Diary reports citing Sputnik.

"As a result of the airstrike, four soldiers, who were carrying out the routine task of preventing the penetration of IS terrorists (banned in Russia) from Syria to Iraq, have been killed ... They were not involved in any activity against foreign forces in Iraq," the statement obtained by Sputnik read, adding that "there were no depots in the militia positions that were hit by the airstrike".

Earlier in the day, the spokesman for the Iraqi commander-in-chief said that Baghdad strongly denounced the US airstrike against Shia militia. An investigation is underway.

This past Sunday, the Pentagon said that US military aircraft had targeted facilities of the Iranian-backed militants – Kata'ib Hezbollah and Kata'ib Sayyid al-Shuhada – in the Syrian-Iraqi border region in response to attacks against American interests in Iraq. According to Syrian state television, the airstrikes may have left a child killed and three people injured.