Decision for resumption Iran's nuclear deal to be made–Chief of Staff of President of Iran - ednews.net 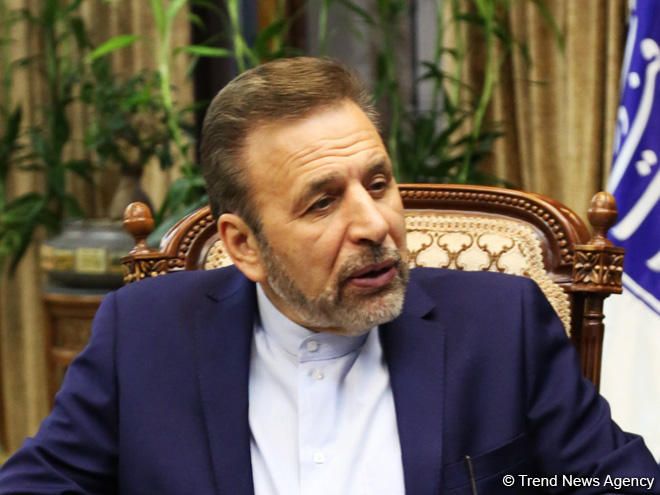 A decision on the resumption of the Joint Comprehensive Plan of Action (JCPOA) on Iran's nuclear program is currently being made in the capitals of the countries concerned, the Chief of Staff of the President of Iran Mahmoud Vaezi told IRNA, Media reports.
According to him, this decision must be made in both Tehran and Washington.
Vaezi added that discussions on the nuclear deal were carried out in Vienna, Austria. After the decisions are made in the two capitals, the next stage of discussions will be held and the process will be completed.
The chief noted that Iran will continue discussions until sanctions are lifted. The current discussions process is more important than Iran's agreement with the International Atomic Energy Agency (IAEA). In any case, a solution will be found to reach an agreement with the IAEA, both in compliance with the law and in mutual trust.
As reported, the discussions on the implementation of the Joint Comprehensive Plan of Action (JCPOA) are underway between Iran and the 4+1 group (Russia, China, Britain, France, Germany).
In late 2020, the Iranian parliament has decided to implement a strategic plan to tackle the sanctions, citing the non-implementation of the Joint Comprehensive Plan of Action (JCPOA) signed between Iran and six countries and the imposition of sanctions on Iran. According to the decision of the Iranian parliament, as of February 23, Iran suspended the implementation of additional steps and an additional protocol provided for in the nuclear deal.
Iran's Fordow nuclear facility currently produces 17-20 grams of 20-percent enriched uranium per hour.
According to the decision of the Iranian parliament, 1,000 units of IR2M centrifuges must be installed. The operations have been begun in this regard, and more than 320 units of IR2M centrifuges have been installed.
According to the statement made by the Head of the Iranian Atomic Energy Organization Ali Akbar Salehi on May 24, Iran's nuclear activities continue, and Iran is currently enriching uranium to 60 percent, 20 percent and 5 percent.
“The volume of Iran's 60-percent enriched uranium is more than 2.5 kilograms. As well as, the volume of 20-percent enriched uranium in Iran has reached 90 kilograms in about four months. Meanwhile, the volume of 5-percent enriched uranium is more than 5 tons,” he said.
In January 2016, JCPOA was launched between Iran and the P5+1 group (US, Russia, China, UK, France, and Germany) in connection with Iran's nuclear program. In May 2018, the US announced its withdrawal from the deal and imposed sanctions on Iran in November of the same year.
To preserve the agreements reached as part of the JCPOA, the European signatories of the deal started in January 2019 that a financial mechanism for maintaining trade with Iran called INSTEX was formed.
On May 8, 2019, Iran announced that it had ceased fulfilling its commitments regarding the sale of over 300 kilograms of uranium, as stated in the deal, basing its decision on the other signatories that have not fulfilled their obligations. On July 7, Iran announced that it will not be fulfilling its commitments regarding the enrichment of uranium at 3.67 percent and the reconstruction of the Arak Heavy Water Reactor Facility as stated in the deal.
Iran announced that it will enrich uranium using next-generation centrifuges and will not mix it with the enriched uranium residues as part of the third step of reducing commitments in JCPOA on Sept.5.
On Nov. 5, 2019, Iran announced that it took the fourth step in connection with reducing its commitments to the nuclear agreement. So, uranium gas is being pumped to the centrifuges at the Fordow Fuel Enrichment Plant.
On Jan.2020, Iran took the last fifth step in reducing the number of its commitments within JCPOA.
The US imposed new sanctions on Iran in November 2018. Over the past period, the sanctions affected Iranian oil exports, more than 700 banks, companies, and individuals. The sanctions have resulted in the freezing of Iranian assets abroad.