Armenia should negotiate with Turkey, Azerbaijan without mediators - Expert
Read: 303

Poland plans to cover all gas demand by supplies other than from Eastern direction in 2022 - Ministry
Read: 231

“No country is more friendly with Russia than members of Organization of Turkic States” - Secretary General
Read: 221

Russia urges the United States to display a responsible approach in pulling out its troops from Afghanistan, Deputy Secretary of Russia’s Security Council Alexander Venediktov said. 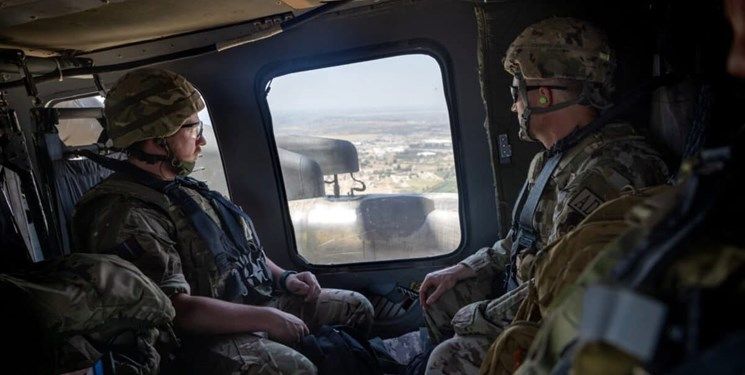 "This pullout should be carried out in a responsible manner to make sure that it does not affect security in the Afghan space. This is the most important thing for us," the Russian security official told TASS on Friday.
The issue of whether the US troop pullout "will influence the negotiations [on settling the situation in the country] negatively or positively is of secondary nature", he added.
Time will show how this troop pullout was implemented. But we are primarily urging our Western partners, first of all, the United States, to show this responsible approach in the pullout [of the troops from Afghanistan], he stressed.
Clashes between the Afghan government troops and the Taliban intensified after US President Joe Biden announced a decision in April to wrap up the operation in Afghanistan that had been the longest overseas military campaign in the US history.
The United States has completed its troop pullout from Afghanistan by more than 90%. Afghan officials have repeatedly stated that the Taliban is intensifying its offensive in the country.
The Russian Foreign Ministry has also revealed that Moscow is ready to interfere in the situation on the Tajik-Afghan border, noting that it will defend its allies against any possible incursion over the frontier by the Taliban, according to RT.
Speaking at a briefing on Friday, Russian Foreign Ministry Spokesperson Maria Zakharova revealed that two-thirds of the border is already under the control of the group, designated by Moscow as a terrorist organization.
Russia and Tajikistan are both members of the Collective Security Treaty Organization (CSTO), a mutual defensive pact consisting of six former republics of the Soviet Union.
According to Zakharova, Russia's 201st military base in Tajikistan is equipped with everything required to defend the country.
“If necessary, additional measures will be taken to prevent provocations and aggravation of the situation,” she stated.
The situation arose in Afghanistan following the reduction of US military presence in the country. As per Washington’s plan, Kabul and the Taliban were set to agree on a transitional government before the formation of a more permanent setup. Neither side has been willing to compromise, and now the Taliban has made territorial gains in the country’s North, on the Tajik border.
Zakharova also noted that there have been multiple occasions of Afghan government forces crossing over the border with Tajikistan to escape gunfire.
“We call on the opposing sides of the inter-Afghan conflict to show restraint and avoid the spread of tensions beyond the country's borders,” she continued.
Earlier on Friday, a top Russian CSTO official told RT that Tajikistan and its allies would repel any possible Taliban incursion from neighboring Afghanistan, with Moscow ready to help.
“We’ve seen the Taliban's outposts. At least for now, we see no aggression coming from [them],” General Colonel Anatoly Sidorov said, adding, “They are not hiding at all. It appears the situation is fairly peaceful on the [Afghan] side.”