Earlier this month the rebels killed 52 Emirati soldiers in an attack on the same town in Yemen's Marib province. 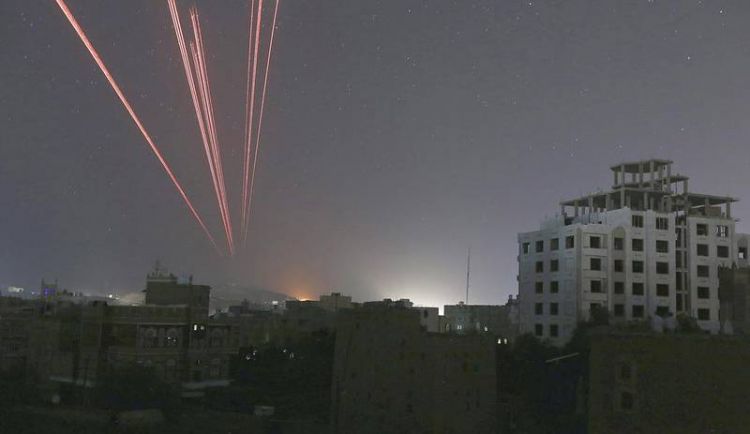 Gulf coalition forces thwarted a rebel missile attack on their camp in Marib province on Monday night, Yemeni security officials said.
Brigadier general Murad Turaiq of the Yemeni army said the Tochka missile was deflected away from the camp at Safer by a Patriot missile defence system deployed by UAE forces.
A Tochka missile fired by the rebels struck the pro-government coalition’s Safer camp on September 4, killing 52 Emirati soldiers out of a total of 67 coalition deaths.
“There were no casualties from this missile as it landed far from the camp at about 9.30pm,” Gen Turaiq said.
The Safer camp was a staging area for the Saudi Arabia-led coalition forces ahead of a campaign to drive the Houthi rebels and allied renegade army units out of Marib.
The offensive by the Yemeni army and loyalist fighters, supported by coalition troops, weaponry and air strikes, was launched on September 13 and has so far secured the provincial capital and driven the rebels from large areas of Marib.
Control of Marib is seen as crucial to retaking Yemen’s capital, Sanaa, from the rebels and restoring the government of President Abdrabu Mansur Hadi.