As fires rage across the northern Siberian tundra, Russia's Defense Ministry has sent planes and helicopters to help douse the blazes. A heat wave and strong winds are complicating firefighting efforts. 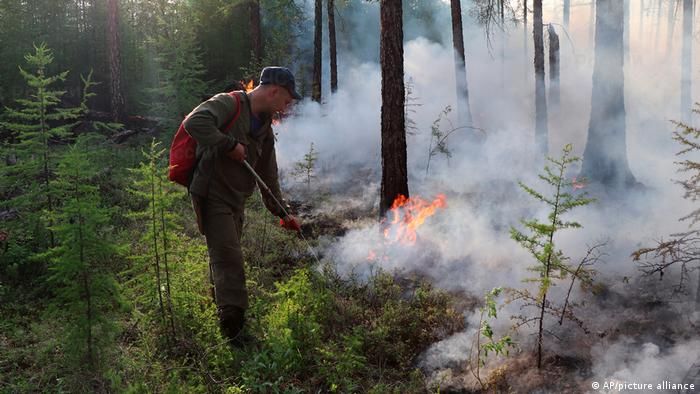 Russian on Wednesday deployed military aircraft to help some 2,000 firefighters on the ground who are battling wildfires raging across almost 800,000 hectares (roughly 2 million acres) in Siberia.
The Defense Ministry said it had sent Ilyushin II-76 transport planes to the Sakha-Yakutia region to water-bomb fires. Military helicopters were also used to transport firefighters and carry out reconnaissance flights to locate the worst fires.
The Russian agency responsible for fighting forest fires, Avialesookhrana, said on Tuesday that the situation was worst in Yakutia, where 144 fires are burning over 578,000 hectares. In all, there are some 300 blazes raging in Siberia.
The help from the military came after local residents petitioned President Vladimir Putin to send more resources and equipment to help put out the fires.